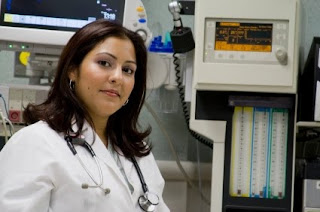 It had been an amazing few days, Phil thought. Meeting his sister at the airport had been difficult, but a relief. She had seemed genuinely glad to see him, and they had already begun to regain their friendly footing with one another. Then there was the realization that their mother actually loved their father, then her astounding revelation of an side they never dreamed existed, culminated with an unexpected and distressing pregnancy, then the nurse’s phone call and a relived reunion with his father as the family had arrived at the hospital to find him awake and wanting to talk.

Their conversations were necessarily short, of course, but had been uncharacteristically straightforward but gentle. It almost seemed as though something had happened to his father when he was unconscious, Phil mused. He was more serious, but in a good way.

Bud had beckoned his wife to come close and then had cupped her face in his hands. As their parents had both began to weep quietly, Dee Anna and Phil had left the room, glancing at one another in a kind of wonder. Later his father had taken his hand and said, “Son, I am sorry I criticized you so much. I know you are a good man.” To Dee Anna he had said little but had simply enfolded her in a long embrace and stroked her hair. Something, it seemed, was happening.

Phil rose from a vinyl hospital chair, hearing the approaching voices of the children’s choir from First Baptist. He glanced over at his father, who was sleeping, and then he peeked out the door and down the hall. Sarah was leading Christmas the children in singing “Go Tell It on the Mountain.”

Phil had encountered the choir director at an AA meeting. He had been surprised, remembering her as the daughter of a man known as a”hell-fire-and-brimstone preacher.” She had nodded and smiled at him, and after the meeting, they had somehow ended up eating ice cream at the Dairy Queen. Sarah had shared a little of life after she had left home to attend Texas State University, and she had acknowledged that she had heard of his drug problems and his subsequent return to their home town. Her father was now a resident at Shady Acres Convalescent Center, the victim of Alzheimer’s disease, and her mother was enjoying a happy and healthy 70th decade. She had intended, she said, to stay away, but had shrugged as she added, “It’s been all right. I came home to help Mama, and she is the one who’s helping me.”

Sarah looked over and saw him, and she waved as she sang. Shyly, Phil waved back, feeling like a kid caught being sneaky. He chuckled at himself, wondering if this meant he was infatuated. His mother had gone to speak with Dr. Martin, but he wasn’t sure what had happened to Dee Anna.

Deciding to go look for her, he headed to the family lounge, wondering if he had a dollar to spend on a Coke. He was a few steps inside before he realized that his sister was talking intently with the same pretty nurse they had seen before. Hadn’t they gone to school together? He thought he remembered her from choir, a freshman perhaps, when he was a senior.

He backed out of the room and wandered towards the carolers.
----
Dee Anna and Lupita were reminiscing. Lupita's shift was over and she should have gone home, but she had stayed to talk with her old schoolmate. They had settled into a couple of chairs in the lounge and sipped overpriced soft drinks from the vending machine while they talked of mutual acquaintances, and Dee Anna had wondered who was still in town and who had moved away, who had married, who was still single, who had been a surprising success. After a while they ran out of things to say and grew silent.

After a few moments of sipping their cans of Dr. Pepper, Lupita shifted in her chair, leaning forward with a serious expression as she asked, "So, it is true then, you really are a pastor?" Dee Anna nodded, and Lupita went on, "I always knew you'd be someone special."

"I'm not special," replied Dee Anna, surprised. "Well, no more than anyone else."

"Some are more special than others, Chica!" said Lupita, grinning. "I remember you from grade school, with your red hair and beautiful green eyes. I used to wish I looked like you. And that my mother looked like yours--still so lovely isn't she? Your mother was always good to us."

Dee Anna laughed, "I hated my hair." Then she quietly asked, "And what happened to your mother? Is she living? Is she well? Or..."

Lupita looked surprised as she replied, "Oh my! Y'all don't know? My mother is doing very well. Thank you for asking. She almost died...and then she just started to get better and better and after a while she was her old self, only more alive than I'd ever seen her. She lives with her sister now, and the two of them are enjoying each other, shopping, going to the movies, getting their hair done..." Lupita chuckled, "Well, doing the things they never had time or energy to do when they were younger."

"Oh, I'm so glad to hear that. I know it must have been hard for you when we were seniors and she was ill and you had brothers and sisters at home." Dee Anna paused, wondering if she was getting too personal, but Lupita nodded.

"Yes. It was very hard. I was tired all the time. I pretty much dropped out of everything. I was afraid I wouldn't be able to go to college, but after your mother invited us to church and helped us so much, I..."

Lupita went on, "It made such a difference to us to know that th' folks at your church cared. Your mom came over one day, and I...I was so embarrassed that the place was a mess. And she just shushed me, and she asked where the broom was and I still remember how she put her hands on her hips and looked around and said, 'We are fixin' to get some work done!'"

Lupita's eyes sparkled as she added, "I was amazed at how she got all us kids organized and working, and pretty soon it looked like a different place."

"Oh my yes! She got all of us going to Sunday School, and one Sunday when Mother felt better she came too. Everyone welcomed us, and made us feel at home..." She paused, "well, you know...it's changed, but back then we thought maybe they'd expect us to go to Templo Calvario. I mean....well..."

"Yes, I understand" said Dee Anna simply, reaching to touch Lupita's hand. "Are you saying my mother brought y'all to our church?" She was chagrined to hear how easily she was slipping back into the speech patterns she'd deliberately avoided. Still, she had to admit, Lupita's mix of soft Spanish accent and Texas drawl made her feel at ease. Dee Anna went on, "And your mom too?"
"That's what I'm saying, Dee Anna!" Lupita looked surprised, "I mean, I thought y'all knew that."

"Well, she did, and your dad and Pastor Don Ellis, remember him? The two of them organized some of the men to help with some repairs at the house, and, well...it was the beginning of so many good things. The people loved us, and they prayed for my mom, and she went to a different doctor over to th' Lincoln clinic, and she got better. It was Pastor Don who helped me find out about grants and apply for a couple of scholarships and it worked out so that I could go to nursing school. When I got on the Dean's List, your mama and daddy sent me a card with fifty dollars in it!"

Dee Anna stared, speechless, as Lupita went on, "I guess you take after your mother. She is a no-nonsense lady, but then so are you." She added, a little shyly, "I will never, as long as I live, forget the day when that Hutchinson boy from th' edge of town called me...called me a name...and you came flying by me and smacked him! I like to died!" She burst out laughing, then stopped, noticing Dee Anna's open mouth.

"What is it, Dee Anna? Did I say something I shouldn't have?"

Lupita looked surprised. "I just thought you and your mama probably talked all about it, us graduating together and all..."

Dee Anna thought, but did not say, "I didn't talk to Mom much after I left town."

After a moment in which both were silent, Lupita said, "I know it has been a long day for all of y'all, but...if you wouldn't mind...sometime I'd love to hear a little about how you became a pastor. I know you went off to some school, but nothing much after that. I've never seen a woman pastor before, but, oh yes I did heard that you...married a preacher too. And you have a little girl?"

Neither of them had noticed Phil as he entered, and then exited, the room.

Posted by Dorcas (aka SingingOwl) at 8:34 PM

Keep this story coming! I'm really loving all the twists and turns in it; very, very interesting!

I love the fact that you have continued this story. Please do more chapters!