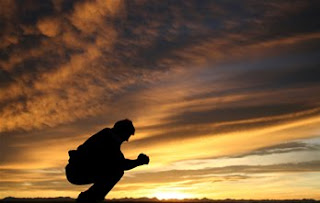 The 59th Annual National Day of Prayer is today. The theme for this year is “Prayer for Such a Time as This” -- a theme taken from Esther 4. Esther and her uncle, Mordecai, were living in a Babylonia province. Through a series of circumstances, the beautiful Esther had become queen. (You can read the dramatic details of the story in the short Bible book of Esther.) The story is remembered by Jewish people as Purim.

A plot was hatched that would have resulted in the destruction of the Jews of the province, but Mordecai enlists the aid of Esther the queen, challenging her with these words, Mordecai told them to reply to Esther, ‘Do not think that in the king’s palace you will escape any more than all the other Jews. For if you keep silence at such a time as this, relief and deliverance will rise for the Jews from another quarter, but you and your father’s family will perish. Who knows? Perhaps you have come to royal dignity for just such a time as this. Esther rose to the challenge, risked her life, and saved her people.’

Federal Judge Barbara Crabb (from Wisconsin) has stated that the National Day of Prayer is unconstitutional. The Obama administration has challenged her assertion. Groups around the country have held, or will hold observances, as in years past. Though the tradition was formalized in 1952, with a congressional resolution calling on the president to proclaim such a day, there were national days of prayer long before then.

Ken and I gathered at 7 a.m. today with about 50 people: townspeople, religious and political leaders. The atmosphere was marked by a sense of community, civility, humility, and concern for our nation.

Here are a few thoughts for those who might like to join in the observing the day.

First, an excerpt from Present Obama's proclamation, which acknowledges the religious diversity of the United States – within the universe of monotheism. “I call upon the citizens of our Nation to pray, or otherwise give thanks, in accordance with their own faiths and consciences, for our many freedoms and blessings, and I invite all people of faith to join me in asking for God’s continued guidance, grace, and protection as we meet the challenges before us,” the proclamation states.

The Lord Is My Light and My Salvation
A Psalm Of David.

When evildoers assail me
to eat up my flesh,
my adversaries and foes,
it is they who stumble and fall.

Though an army encamp against me,
my heart shall not fear;
though war arise against me,
yet I will be confident.

One thing have I asked of the Lord,
that will I seek after:
that I may dwell in the house of the Lord
all the days of my life,
to gaze upon the beauty of the Lord
and to inquire in his temple.

For he will hide me in his shelter
in the day of trouble;
he will conceal me under the cover of his tent;
he will lift me high upon a rock.

And now my head shall be lifted up
above my enemies all around me,
and I will offer in his tent
sacrifices with shouts of joy;
I will sing and make melody to the Lord.

Hear, O Lord, when I cry aloud;
be gracious to me and answer me!
You have said, “Seek my face.”
My heart says to you,
“Your face, Lord, do I seek.”

Hide not your face from me.
Turn not your servant away in anger,
O you who have been my help.
Cast me not off; forsake me not,
O God of my salvation!

For my father and my mother have forsaken me,
but the Lord will take me in.

Teach me your way, O Lord,
and lead me on a level path
because of my enemies.
Give me not up to the will of my adversaries;
for false witnesses have risen against me,
and they breathe out violence.

I believe that I shall look upon the goodness of the Lord
in the land of the living!
Wait for the Lord;
be strong, and let your heart take courage;
wait for the Lord.

We were encouraged to pray for

Using the letters P.R.A.Y., here is a suggestion for prayer.

Begin with praising God for our many blessings.

Psalm 100:3-5
Acknowledge that the Lord is God!
He made us, and we are his.
We are his people, the sheep of his pasture.
Enter his gates with thanksgiving;
go into his courts with praise.
Give thanks to him and praise his name.
For the Lord is good.
His unfailing love continues forever,
and his faithfulness continues to each generation.

On behalf of yourself and the nation, acknowledge failures, sins, injustice, etc.

Psalm 86:5
O Lord, you are so good, so ready to forgive,
so full of unfailing love for all who ask for your help.
Proverbs 2:2-4
Tune your ears to wisdom,
and concentrate on understanding.
Cry out for insight,
and ask for understanding.
Search for them as you would for silver;
seek them like hidden treasures.

There is, of course, much for which we could ask. Let's focus on wisdom.

Romans 6:13
Do not let any part of your body become an instrument of evil to serve sin. Instead, yield yourselves completely to God...use your whole body as an instrument to do what is right for the God's glory.

Prayer must be followed by action. Prayer is not merely a ritual to observe, it is an act of submission to God. Yielding ourselves to what is right is costly. Where might God be leading you? Are you willing to do the hard thing? Pray for yourself, but also that those in leadership positions of all kinds will have an attitude of humility and submission to the Almighty.
Thanks for taking a few moments out of your day to join me.
Posted by Dorcas (aka SingingOwl) at 8:37 AM

I really enjoyed your blog. It was very well written! Also, thank you for drawing attention to The National Day of Prayer. You can help call our nation to prayer by posting this prayer request to your blog's side panel. I'm hoping that our country will turn to God in prayer.

First off, in my opinion, the Federal Judge Crabb who ruled that a National Day of Pray is unconstitutional is giving an opinion that in my humble opinion is unconstitutional in and of itself. That is taking -or trying to take -our fundamental freedom of religion away from all of us then -regardless of what church, group, sect, even cult if you will, people may belong to, why shouldn't we be permitted to have a National Day of Prayer then? After all, no one is saying it is something each and every citizen MUST do to stay within the law which would be unconstitutional then. ARRGH! Sometimes the logic of the various people in the field of "justice" just leaves me totally speechless, ya know.
And my other comment is our Women's group at our church has been studying the book of Esther for the past 4 months now at our monthly meetings. Very interesting reading about quite a brave and very fascinating lady of the Old Testament.