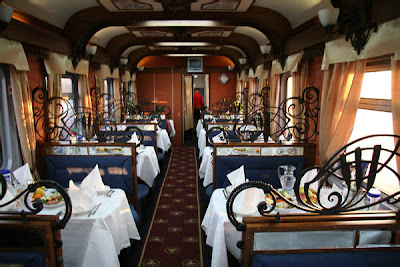 It has been a while since I've played a Friday Five. Since I'm soon going to start hosting one time a month again I'd better get in the swing of things! Songbird shares an easy one today. She says:

Since I've been in the midst of a discernment process, I've done a lot of reflecting on how we make decisions. But don't worry, I'm not going to ask you to reveal a dark story about a poor decision, or a self-flagellating story about an embarrassing one. Let's keep it simple and go with five word pairs. Tell us which word in the pair appeals to you most, and after you've done all five, give us the reason why for one of them.
Here they are:
1) Cake or Pie
Pie
2) Train or Airplane
Train
3) Mac or PC
PC
4) Univocal or Equivocal
Equivocal
5) Peter or Paul
Paul
Just one? If you have seen any of my Friday Fives over the years, you know I do not do well with "just one." Okay, I'll be obedient. Maybe.
Train or plane...first response was train. I had to think of why. Nowadays, though I have always loved to fly, airports and air travel are stressful, full of extra and annoying fees, overcrowded planes, delays, and so on. Train...ah...evocative of an earlier era. I rode on a train from Los Angeles, California to Abilene, Texas when I was only three years old. The sad reason for the trip (me and my mom) was that my grandmother was gravely ill. I do have dim memories of being frightened when I saw her in the big bed in the hosptial room (painted a horrid minty color I still recall). Grandmother about to die is my only memory of her. Too bad. But I also have memories of the train. There was a dining car with white tableclothes and a dark brown man in a white coat who brought me a glass of milk. There were intereting seats. People. A tiny place to curl up and sleep at night with Mommy.
Trains make me think of travel across Europe (will I ever get to fulfill that dream?) and a more relaxed time when the journey was part of the fun. I'd love to take a trip on a train to somewhere lovely and exciting, reading a book, watching the world go by, chatting with a good friend who has come along with me, and anticipating the arrival.
Posted by Dorcas (aka SingingOwl) at 10:05 AM 7 comments: 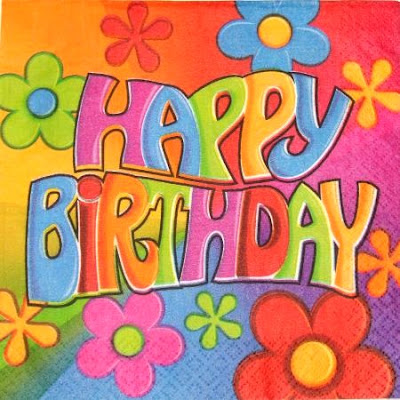 The Rev Gals have been blogging for five years! I have shared prayers, laughs, tears, insights, sermon notes, silly stuff, met some in person, and all in all have been blessed beyond the telling by this wonderful group of preaching women and their friends. I've reposted, slightly changed, a little limerick I wrote a while back. I LOVE YOU, REV GALS!
Five years ago today,
RevGals was on it's way,
The preachin' gals,
And preacher's pals,
Made history that day!

The blogs are fun to do,
The Preacher's Party too,
And Friday Five and all that jive,
Give us a place to play!

We gripe and pray and blog,
And sometimes go whole hog,
With cyber parties, real ones too,
There's always something new!

If you look in my sidebar you will see 17 posts under the heading "Egalitarian Marriage" and 33 under "The Gender Debate." The marriage links are partly from a series of sermons about this issue. One of the posts, which you can read here if you like, is about an unbiblical teaching that is everywhere in certain church circles these days. This teaching refers to husbands as "priests of the home." (Interestingly enough, this post received 34 comments. Seems I hit a nerve or something.)

In that post I have already written about why I believe this is a false concept. What has me writing again is three things: 1) a commenter, after reading one of the marriage or gender debate posts, asked what I believe to be the role of the Christian husband. 2) My husband and I recently took a second look at a popular book for Christian men and I noticed something, and 3) as I was driving to work this morning I heard a Bible teacher I respect giving some very good advice to men who want to be good husbands and fathers. Nothing remarkable. However, the same mistake was repeated all three times. What was the mistake? Bolstering a reasonable word of instruction with a quite unreasonable and unblblical assumption.

Number one: Someone who read a post saying that the husband is not the "priest" apparently thought that perhaps I don't believe there is any appropriate biblical instruction for husbands. On the contrary, there are many. I just don't think being the "manly priest" (yes, I actually heard this term) is one of them. More about that later.

Number two: The book I referenced has some good suggestions, even some insights into the marriage relationship. Some of our friends were recently praising the book, which is why I took a second look and Ken read it for the first time. Some suggestions I would disagree with, but some were simply sound (if a bit simplistic) insights into relationships between husbands and wives.

Number three: The Bible teacher's radio program was excellent, right up to the point where he closed by saying that husbands need to remember that they are the "priest of the home"and will be judged accordingly.

I have a question. Why, if one's reasoning is sound, is it necessary to add to the words of scripture with poorly thought out and potentially dangerous falsehoods? I recall some serious warning about that very thing.

"...if anyone preaches any other gospel to you than what you have received, let him be accursed. For do I now persuade men, or God? Or do I seek to please men? For if I still pleased men, I would not be a bondservant of Christ." Galatians 1:9-10

"Whatever I command you, be careful to observe it; you shall not add to it nor take away from it." Deuteronomy 12:32

"Every word of God is pure; He is a shield to those who put their trust in Him. Do not add to His words, lest He rebuke you, and you be found a liar." Proverbs 30:5-6

I do not want to be rebuked by God nor called a liar! Sounds like serious stuff to me!

Here is a scripture about examing things for ourselves, something sadly lacking in the church today:

"Then the brethren immediately sent Paul and Silas away by night to Berea. When they arrived, they went into the synagogue of the Jews. These were more fair-minded than those in Thessalonica, in that they received the word with all readiness, and searched the Scriptures daily to find out whether these things were so. Therefore many of them believed." Acts 17:10-12

There is plenty in the Bible for us to study, ponder, work on, internalize, pray about, and seek to live. There is absolutely no need to tack on things that simply are not there. Why is it dangerous to do that? I only have time right now to mention one result. Recently, Ken was leading a group study which veered off into talking about husbands and wives and "who gets to be in charge." One individual was upset to hear that he disagreed with the teaching that the husband is the "priest" and the "leader." It seemed he was dismayed that Ken does not believe he was responsible for all decisions, all spiritual growth, all instruction. It was, frankly, a discussion of who gets the power, the control, the "say." That is what can come of adding to what the scripture says.

Guys, by all means, be a strong, faithful, loving husband. There is plenty for you to do without taking on a "role" that simply does not exist.

I'll post some more postitive things about this soon.
Posted by Dorcas (aka SingingOwl) at 12:24 AM No comments: