UPDATE: Oops. Thank you, Jeni (of Down River Drivel), for pointing out that I neglected to post that I am beginning a sabbatical. I forgot, having posted it elsewhere, that I never said anything about it here! So I'm adding this at the beginning. Yep, I will be away from my church until October 28. I started last Monday. I'm not sure how much I will be posting about what transpires. I suppose that all depends, right?

I've only received four phone calls that were church related. Not bad. It will be different next week when I am mostly out of town.

It has been a difficult week--mostly issues with my mother at the nursing home. I don't want to post about it except to say she seems to vacillate between three "personalities." One is depressed and crying, very disoriented, and confused and sad about it. The second is furious, totally lacking in reason, full of hatred and anger. The third is somewhat "normal" -- at least somewhat aware of things, smiling and generally sweet. 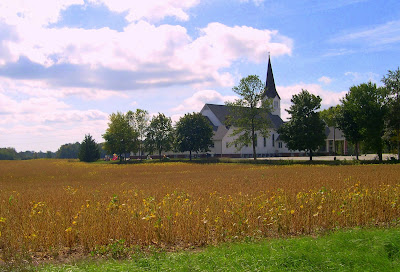 My sister with Alzheimer's fell and broke her leg. She is going into surgery about now. Thinking of her makes me very sad.

Yesterday was a wonderful day. The sky was partly cloudy but the air was balmy and the sun was warm. I'm not a shopper, generally, but once in a while I get in the mood. So I drove to Sheboygan for a mall visit, and I took the camera. Here is a bit of what I saw on the way.

The soy bean fields are glorious right now. The pictures just don't capture it, but you get the idea. 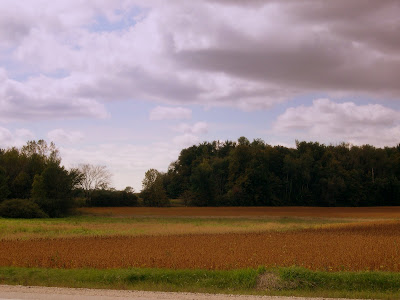 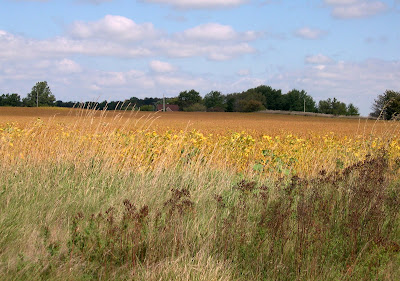 Even the weeds and grasses along the roadside are beautiful. 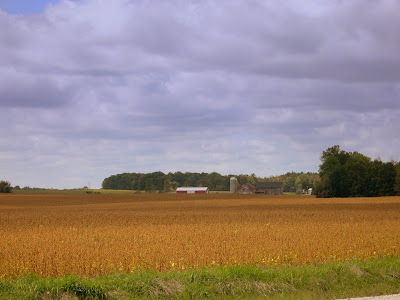 Some fields are golden yellow and some are a deep amber. 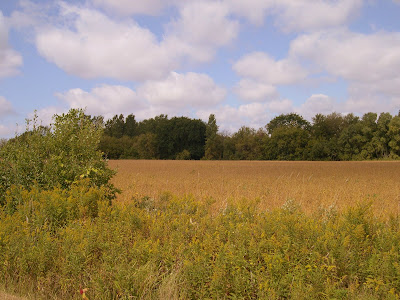 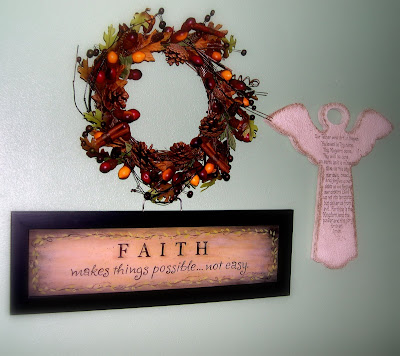 My shopping trip resulted in some new decor for the wall... 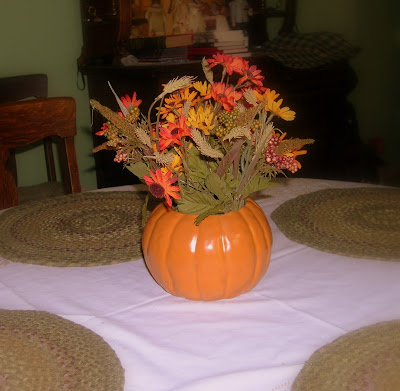 ...and the table. I made the arrangement myself, and bought new place mats--and other stuff. 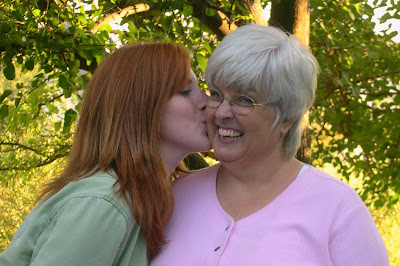 In the afternoon, Tara a.k.a. "Little Red" came over for some conversation before she heads out for some intensive training and then a missionary journey to Africa. I don't know what God has in store for her, but it is a blessing and a joy to have had a part in her life. Oh, to be 22 again--as long as I know what I know now!

I'm spending the next couple of days cleaning a badly-disorganized home office and I may sneak over to the church to clean up my office there too. I'm in get-rid-of-stuff mode...Odd, since I just acquired stuff yesterday. I'd take a before and after picture, but it is too embarrassing. ;-) Next week I'm off to a silent prayer retreat.
Posted by Dorcas (aka SingingOwl) at 11:50 AM

I really love looking at Wisconsin farm country when I drive in that area. Good memories. I think I'll be in the area the first week of Oct.

Your photos, as usual, are so pretty. I envy you the ability to take great pictures like that. I do not envy you the struggles you have in your life right now - the pain of watching your mother and sister's lives fade from being the intricate parts they were in your life before. And, I pray that your faith will keep sustaining you during the days ahead.
Now, I have a question for you -about your title for your post - what's the meaning behind "First week of sabbatical?" Did I miss something back a ways or was it just a convenient title?

Can't wait for you to come visit mommy!!

I took a photography class in college, and my daughter, Kris, is an excellent photographer (anyone need photos--weddings, birthdays, engagements, senior pics...ahem) and she has given me some tips. I wish I had a really good camera. One can only do so much with a little digital, but thanks! I enjoy it!

P.S. Once again, our paths are not going to cross. :-( I'm out of the area the first week of October. It'll happen one of these days.

Jeni, thanks for the poke. I am updating the post.

Love and prayers as you struggle with all the challenges with family and discernment....And that your sabbatical and most especially that your time in silent prayer and retreat this week will be filled to overflowing with the healing and guiding love of God.