A Devotion for the 4th Sunday in Advent: The Forgotten Figure at the Manger 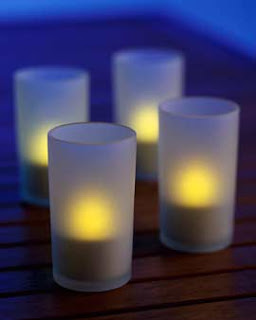 Matthew 1:18-25
This is how the birth of Jesus Christ came about: His mother Mary was pledged to be married to Joseph, but before they came together, she was found to be with child through the Holy Spirit. Because Joseph her husband was a righteous man and did not want to expose her to public disgrace, he had in mind to divorce her quietly. But after he had considered this, an angel of the Lord appeared to him in a dream and said, "Joseph son of David, do not be afraid to take Mary home as your wife, because what is conceived in her is from the Holy Spirit. She will give birth to a son, and you are to give him the name Jesus, because he will save his people from their sins." All this took place to fulfill what the Lord had said through the prophet: "The virgin will be with child and will give birth to a son, and they will call him Immanuel"—which means, "God with us." When Joseph woke up, he did what the angel of the Lord had commanded him and took Mary home as his wife. But he had no union with her until she gave birth to a son. And he gave him the name Jesus.

Have you ever mistaken Joseph for a shepherd when arranging the figures of a nativity set? I have, more than once. Joseph seems a little nondescript sometimes, often a bit forgotten in the fanfare. Joseph is the relatively ordinary one in the extraordinary nativity play. Everyone else seems larger than life. A pregnant virgin! Shepherds arriving after listening to an angel choir! Wise men traveling a long distance over desert--to follow a star!

He received distressing news, and his choice was difficult. And then came the angel in the dream, to remind Joseph of the long-ago prophecy of Isaiah, "A virgin shall conceive and bear a son and his name shall be called Immanuel." The child that Mary carried within herself was God made flesh. 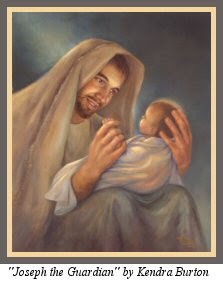 What would you expect Joseph’s thoughts to be? Excitement and joy? Concern and a little fear? Anticipation? Love and sympathy for Mary? Wondering if he would be a good enough man to be the earthly father of such a Son?

Do you think he daydreamed about how it would happen?

Perhaps he envisioned Jerusalem, the temple, trumpets sounding? An extravagant welcome for the Lord's Anointed, surely. After all, he would rule forever, the angel said.

People would be rejoicing in the streets! Mary would be helped by the finest midwife team to be found.

The reality was different.

Did God know what He was doing?

Joseph helps us remember that God's plans may be glorious, but there is always work to do, practical problems to consider, hands-on realities of bringing God into the world. Joseph did the hard thing, and he did not know how it would turn out. We don't know what happened to Joseph, but he disappears from scripture sometime after the visit to the temple when Jesus was aged 12. Mary endured the agony of watching the crucifixion, but she also experienced the joy of resurrection. Not Joseph--at least not from an earthly vantage point.

Sometimes God’s way seems to make no sense. Can you imagine how lonely Joseph must have felt on the glorious and terrible night that the Savior was born?

Take heart as you do the lonely task, take the more difficult way of obedience, seek to bring God into the world around you. God know what He is doing even when it makes no sense to us. Someday we, like that good man , Joseph, will understand.
"The hardest task
The most difficult role of all
That of just being there...
And Joseph,
dearest Joseph,
stands for that.
Don't you see?