Whatever Became of the Celebration? A Meditation for the Beginning of Holy Week 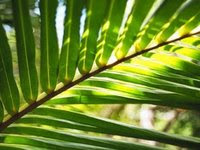 This day is called Palm Sunday, and most Christians celebrate what is called the “Triumphal Entry” of Jesus into the City of Jerusalem. All four Gospel accounts tell the story. The imagery is joyful—palm branches waving, people shouting praises and acknowledging Jesus as Christ (the Messiah), and King.

This dramatic demonstration marks the beginning of the final week of Jesus’ ministry. The joy ends all too soon. Luke’s Gospel tells us that Jesus stopped at the top of the hill overlooking the city and began to sob as he grieved for Jerusalem. This is only the first of several dramatic events. There are disagreements about the exact chronology of the last week of Jesus’ life, but here is a summary of some of the events of the week:

Palm Sunday: Jesus rides into Jerusalem on a colt (Matthew 21:1-11). He is accompanied by crowds of people who create a path for him with their cloaks and branches cut from trees.

Monday: Jesus “makes a scene” when he drives the money changers from the temple. Later he spends the night in Bethany (Matthew 21:12-17). While in Bethany, at the home of Simon the Leper, Mary anoints him for his burial by pouring spikenard over his head. It is a lavish (and for some, disturbing) display of love and devotion.

Tuesday and Wednesday: Jesus continues to teach in Jerusalem (Matthew 21:18-26:16). The chief priests and Jewish religious elders form a plot “to arrest Jesus in some sly way and kill him” (26:1-5). Judas agrees to be a conspirator and to hand Jesus over to them (26:14-16).
Thursday: Jesus has his last meal during his earthly ministry with the disciples. He washes the disciples’ feet and institutes the Lord’s Supper or Communion. 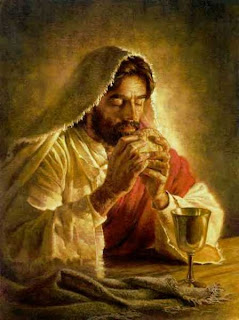 After teaching and encouraging them, he goes to Gethsemane, where he prays in anguish. He is arrested by the Jewish temple police and is taken to the Sanhedrin, where he is condemned (Matthew 26:17-75).

Good Friday: Jesus is shuttled between Pontius Pilate and Herod Antipas. Pilate finally orders Jesus to be beaten and then crucified. Jesus dies in the late afternoon on Friday. Around sunset, Jesus is buried in the tomb (Matthew 27:1-61).

So many events in one short week! What happened to the celebration? How did the shouts of praise so soon turn to cries of “Crucify him?”

What happened to Judas? The disciples were with Jesus during his entry into Jerusalem. Judas was probably caught up in excitement along with the others. Yet two days later he made a deal to betray Jesus. What happened in the meantime? Judas was possibly from a family who resisted Rome and plotted overthrow. Judas had been getting disillusioned. A weeping Messiah was not what he expected to see on the road into Jerusalem! At Bethany Jesus rebuked him in front of everyone, and again spoke of his own death. This was not was Judas signed on for.

What happened to Judas? Resentment.

What about Peter? After al, Peter was in the Lord’s “inner circle” and loved him deeply. Peter was in the crowd too. I can picture him shouting louder than anyone else did as he enjoyed the impromptu parade of adoration. In addition, during this week he even specifically told Jesus he would never leave him, never betray him, in fact he would even die with him if need be. A short time later, he cursed and swore and said he did not even know Jesus. He did this not just once but three times! Things looked different as he realized that Jesus was being mocked in a “trial” and that he really was about to suffer and die. He could have been indicted along with him!

What happened to Peter? Fear.

The crowd along the road on Palm Sunday seemed to realize that Jesus was fulfilling an ancient prophecy. He was declaring himself Messiah. The hosannas and cries of him being King were really an appeal for Jesus to help them, to deliver them from their hated oppressors, the Romans. Later, after Jesus was arrested, the religious rulers stirred up the crowds and enflamed them into crying angrily “Crucify him!” This pitiful man couldn't overthrow anyone! This was no conqueror. They had been fooled!

What happened to the people? Disillusionment.

And speaking of the religious rulers, the scribes, Pharisees and Sadducees, most of them probably knew that Jesus was a good man. He was, after all, a miracle worker. Perhaps some knew, or at least suspected that he was the promised one. Why didn’t they help him? Why didn’t they rejoice? Because they had become, more than anything, a political party. They were interested in their own power and prestige. This Jesus would have upset the situation and destroyed the delicate balance with Rome. He had to go.

What happened to the religious leaders? Selfishness, jealousy, and pride.

From our vantage point, it is all too easy to look at the characters in the Passion drama and wonder what was wrong with them, and marvel at why the could not seem to see the truth.

The truth is, we are like them. The truth is we all struggle with the same things—with resentment, fear, disillusionment, jealousy, and pride. To look at the crowd on the road is to look into our own hearts.

For many of us, this week began with praises. We sang joyful songs and we remembered how Jesus entered Jerusalem in triumph with shouts, acclamation, and branches waving.

Bue we cannot forget that Jesus spoke repeatedly of his death. His last supper was an occasion of love and grace as he told his followers of a new covenant. Yet it also became a night of deception, agony, weakness and injustice. The tortures of Friday were unimaginable, brutal, and despicable. His death was shocking. How soon the shouts of "Hosanna!" had given way to demands to "Crucify him!”

Perhaps you might like to join me in reading the passages above over these next few days. Try imagining yourself in the scenes of Holy Week. Spend some time in stillness, reflection, and prayer. Realize anew that the love of God extends to you. Recall the words of the beautiful Christmas song we sang a short few months ago “What Child is This.” It reminds us, “The cross he bore for me, for you.”

Oh the passion, oh the wonder, oh the fiery love of Christ! He chose the difficult path, a way of loss and pain, but a path which ultimately led, and still will lead, to joy unspeakable and full of glory!

Posted by Dorcas (aka SingingOwl) at 1:41 PM