I Scored as Owl 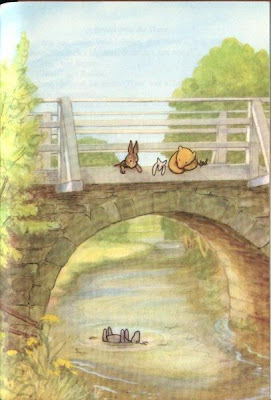 "Correct me if I am wrong," he said, "but am I right in supposing that it is a very Blusterous day outside?"
"Very," said Piglet, who was quietly thawing his ears, and wishing that he was safely back in his own house.
"I thought so," said Owl. "It was on just such a blusterous day as this that my Uncle Robert, a portrait of whom you see upon the wall on your right, Piglet, while returning in the late forenoon from a-- What's that?"

ABOUT OWL: Owl is considered highly educated because he can spell his own name (WOL) and he can even spell Tuesday... although he doesn't always get it right. Owl is a good sort, really, although he can be a bit of a stuffed shirt, and he tends to overlook the smaller details in life - like the fact that his bellpull is actually someone's tail.

WHAT THIS SAYS ABOUT YOU: You are confident and you feel capable of dealing with whatever life throws at you. You know that you can handle just about everything... mostly because you know how to delegate the job of actually handling things to the people around you. You aren't one of those Bisy Backsons, who rush around trying to do everything at once. You prefer to stay at home and reflect on life, rather than go out and live it.

Sometimes, you know, you need to stop waiting for things to come to you and go out and get them. You need to go enjoy the weather, smell the fresh air, and pay attention to the little people in your life. They may not be as great as you... but maybe they could use your help.
Hey, I don't think I am greater than other people!
Posted by Dorcas (aka SingingOwl) at 3:26 PM

Labels: Quizzes and Memes and All About ME

What fun! I took it too, and tested as Rabbit.

The test said I was Piglet. I'm not sure I agree with it totally, but can see certain resemblances. It was fun to take. Thanks for sharing!

Wonderful post -- from one who is, predictably EEYORE FOREVER... You asked about candied ginger. I guess it is a "Canajun" thing. Very frustrating that I can't just go to the grocery, buy a pound, and send it to you. But it's made of fresh ginger root peeled and cubed and then -- I'm guessing -- boiled forever in heavy sugar syrup until it's cooked tender through and through. It's about the consistency of "fruitcake fruit" or candied citron peel...and very sugary on the outside. Both sweet and hot. The best kind is in cubes about as big as the end joint of your finger. The less good kind is sort of bayleaf shaped only thicker--it's hotter and stringier, not such a good snack. I buy mine in the bulk foods dept. of a good supermarket.
If all else fails, we'll meet at some point on the 49th parallel and I'll throw some "over the line" to you!!!

That is too funny! I guess you are appropriately named, eh?

I think the description is really saying I just think I am smart, but really I'm not so smart after all. LOL ;-)

You scored as Tigger!

ABOUT TIGGER: Tigger is the newest addition to the Hundred Acre Wood, and he lives with Kanga and Roo, because Roo's strengthening medicine turned out to be the thing that Tiggers like best. Tigger is bouncy and confident -some of his friends think he is a little TOO bouncy and confident, but attempts to unbounce him tend to be fruitless.

WHAT THIS SAYS ABOUT YOU: You are a positive and confident person. You feel capable of dealing with anything and everything, and funnily enough, you usually ARE. You don't worry about much, and you love to go out and find new adventures.

Your friends and family might sometimes be a little exasperated by your boundless enthusiasm. You don't like to admit your mistakes, and when you find yourself in over you head, you tend to bluff your way out of things. You would be surprised, however, at how happy the people around you would be if you would actually admit to a mistake. It would make you seem more human, somehow.

That does sound a lot like you, I gotta say....

Yeah, that is what I thought. I mean, I knew I liked that Tigger, but didn't think we were alike that much.