Keep the Nasty Stuff Under the Counter?

NEXT WEEK I JUST MUST LIGHTEN UP A BIT.  Meanwhile... 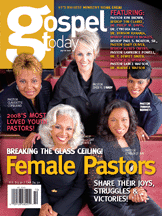 There are none in Wisconsin, but if you live close enough, how about you go to a local  LifeWay (Southern Baptist Convention) store and flood them with requests for this magazine. And then tell them what you think of placing a magazine under the counter because of--women preachers (shudder) on the cover.  Oh, no, it isn't because women are on the cover.  It is...well, click on the link and read for yourself.
Yes, I'm beyond disgusted. I am dismayed at the arrogance and pride and plain old fashioned foolishness. Most of all, I grieve for the message this sends to those who already think Christians have nothing to say that is worth hearing. Please pray with me for those who are on the edge of leaving their faith for something they believe is more hospitable to women--and for those who have already left the church and don't know whether to come back.
I know several of those people personally.

And I cannot tell you how much I admire this man, who has graciously but steadfastly called his Baptist brethern to account, again and again.  Now he is being bold enough to post simply but eloquently about why Wayne Grudem and his pals in the CBMW are on a very slippery slope indeed.  I meanioned CBMW and subordination in the godhead and Arianism a few posts ago, but his blog post does a great job of explaining the problem.  God bless you, Wade!

Lord, forgive those who do not know what they are doing. Convict those who might, but would rather hold on to power, tradition...anything but you and your Holy Spirit given freedom.  Help LifeWay employees who are embarassed by this to speak up. Bless those in the Southern Baptist Convention, and other likeminded denominations, who are praying and speaking truth and calling for wisdom and balance and  change. And as for me, help me to love my enemies and pray for them. How strange to feel that fellow believers are my enemies. I hate that. You must hate it more, Lord God. Grant strength and grace and wisdom and peace to those who seek you. And thank you, Jesus Christ, for never treating the women in your life as though they should hide under the counter. Amen
Posted by Dorcas (aka SingingOwl) at 7:06 PM

Oh for Pete's sake! (No, I have no idea who Pete is, but maybe he is behind this all, lol.) Yes, is it any wonder why so many think Christians are idiots. I'm so sorry to read about this in today's world. We need each other more than ever and to have such divisiveness & degrading of one another. This falls under the same foolishness as the polictically correctness of that last few years.

I have decided that I am Becoming Apostate. But, Singing Owl, there is a world of difference between leaving one's faith and leaving the (so called) "church".

Gem, I agree. There are those, like you, who are still believers in Jesus Christ and who just don't want to be hurt in a "church" and there are those who give up on Christianity altogehter.

I am praying for you, sister. ANd you are not apostate--you are wounded.

Church is a dinosaur and this just shouts it real loudly. Maybe your isn't since you posted this, but why would any woman sit still for this sh*t? Jesus wouldnt act like these guys do, and the thing is he actually did know everything unlike these guys who just think they do. I'd maybe like to come to your church, Pastor Owl, but I live pretty far from Wisconsin. I tried a church here with a woman pastor but it was so boring I couldn take it. I mean, I don't want a sermon that is so bland that you cant tell if the preacher believes in Jesus or not. Maybe someday the church will wake up but i probably will be dead by then. I am 61.