Little Big Foot: In the Back Pew

Note: The stained glass window pictured in this post is in the sanctuary of the United Methodist Church in Chappell Hill, Texas.

The men were restless and frustrated and it was beginning to show. The meeting at North Woods Chapel had continued long enough for the pot of coffee to be drained and the plate of donuts to be emptied as well. As the conversation between the deacons had proceeded, it became clear that Dennis and Chad wanted to contact Rev. Hanson and invite her to preach again. Jim Johnson was agreeable. Rubbing his hand over his bald head in an unconscious way he had when mildly stressed, he had twice reminded the others that the way things were going was not exactly following the usual procedure suggested by Brother Young.

As for Lee, he reminded them that he had not been thrilled when Brother Young had mentioned Dee Anna Hanson’s resume and suggested they have her visit the church. He expressed concern about the minister’s single-mother status and her time working in another denomination. They didn’t know much about that, but they did know she had served as her husband’s associate pastor and now was serving a Methodist church in Madison.

Jim asked seriously, "Do you think the Holy Spirit gives some gifts to men and others to women? Is there no circumstance where you would be comfortable submitting to a woman's leadership?"

“Sure," he said a little defensively. "I'm not some male chauvinist. I don't have a problem working with women or even with a woman boss, but this is church! Sometimes God has to bring in a woman to do what a man will not do,” Lee had conceded with a sigh, “but I don’t think that will be the case here in Little Big Foot. I think there will be more than one qualified man who would like to serve as our pastor.”

Chad had snorted at that remark, and then had apologized. It was late and he was tired and wondering if he would get any sleep before his next shift at the paper mill began. Dennis reminded them that since they had announced that Rev. Hanson had come in view of a possible call, the congregation would be expecting something further to happen.

Jim had pointed out that North Woods Chapel had been started by a team of two women evangelists and that the founding pastor was named Etta Jane.

Dennis had suggested they call Brother Young for advice and clarification of their questions. After a few more minutes, they decided to have Jim make the contact, and the meeting was adjourned--to the relief of all of them.

Chad went home and managed a few hours sleep. Lee went home to an empty house, thinking how much he missed Mary whenever she went to Rhinelander. Jim went home and quietly climbed into bed beside a gently snoring Lorene. Dennis went home to find his wife waiting for him in their living room, working cross-stitch embroidery on a pillow case. She looked up with a smile.

Dennis moved to her chair where he stooped to kiss her dark hair. "You didn't need to wait up for me, sweetie" he said. "It really got late." He sighed. Marla raised an eyebrow and gazed at him, silently questioning.

Holding our his hand to her, Dennis said, "It was a little difficult." Rising, Marla asked quietly, "Can you tell me anything?"

"We reached a compromise. Now, let's go to bed before I fall down." 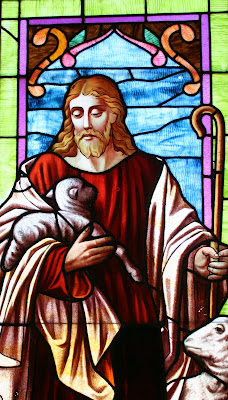 Two weeks later Dee Anna was plopping dog food in Charley’s metal bowl and urging a sleepy Madeline to find her shoes. As she searched a pile of shoes in her closet, Madeline called down the stairs to remind her mother that she was going to wear tennis shoes because today the Primary Sunday School class would be meeting outside on the lawn. Thankfully, the weather since the deluge of two weeks before had been dry and the church lawn was in good shape. Dee Anna smiled, picturing a gaggle of children on the lawn. Good thing Leroy was a good-natured sort.

It seemed to be a Sunday like many others.

Driving to Eastside Church, Dee Anna had looked around the streets of Madison with a new sort of appreciation as her thoughts returned to the events of the last few weeks. It must be that she would stay here at Eastside Church, which was doubtless a good thing. Since they had experienced some growth recently, perhaps they would be able to increase her salary a bit and she could replace the Falcon--or at least get the air conditioner fixed. Two Sundays past she had asked God that the congregation in Little Big Foot not like her too much, and it was, all in all, a good thing that her prayer was answered. She reminded herself that she would never have sent a resume at all except for conversations with Brother Young. She smiled, thinking of her long-time friend. It was nice that he cared about her.

Later she sorted through her small office closet, determining to robe for the service. This was something she did not do often. She decided to wear the stole that Michael had given her when she had renewed her ministerial vows. Today, she mused, she would silently renew her commitment to Eastside Church as well.

“I love that Good Shepherd window” she thought, as she stepped out to the platform. The organist was playing “Be Thou My Vision” as the prelude to the morning’s service of worship, a hymn Pastor Dee Anna loved. She smiled briefly at the choir, already gathered in a small choir loft, and moved to a platform chair. Sitting quietly and closing her eyes she let the music draw her into an awareness of God’s presence. Yes, the peace of God was with her, she knew, and she was aware, once again, of a sort of stillness. “Thank you, Lord” she thought, “for the peace that passes understanding.”

Moments later she stood and lifted her hands in welcome, saying, “On this beautiful morning, may we proclaim with the psalmist, ‘This is the day the Lord hath made; let us rejoice...’”As usual, she spoke with feeling and so she paused briefly at “rejoice.” It took a moment for her to move on to say “and be glad in it” because as her eyes moved over the congregation, she had seen four visitors.

In the back row on the right side, once again dressed in suits and ties, sat the North Woods Chapel board of deacons: Jim, Lee, Dennis and Chad.
Posted by Dorcas (aka SingingOwl) at 10:35 PM