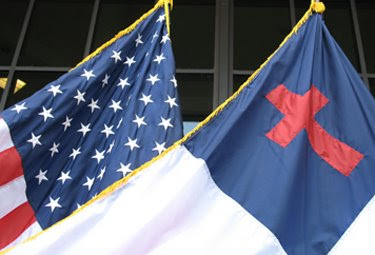 Edited and excerpted from an email I sent out yesterday, in response to yet another hate mongering, fear inspiring, empty-of-verifiable-facts email:

We have a lot to worry about these days what with energy shortages, Wall Street swooping like an out-of-control amusement park ride, a crashed housing market, looming recession, outsourced jobs, radical Muslim terrorists, our overtaxed military--and this election. But sending more emails that are designed to make us fearful, or unkind, or judgemental is certainly not going to help.
Judgement begins at "the house of God' does it not? Who, after all, is the author and finisher of our faith?

We all know that the world, and the USA especially, is under threat from Muslim extremists. That is not news. And if you think there is no profiling going on at airports, you have not spoken to anyone who looks middle eastern. They are almost always stopped and checked (along with little old ladies).
I know, and I am glad, that our country began with a strong reliance on "Divine Providence" and that some of Amerca's values were based on Judeo-Christian ideals. I absolutely deplore the lack of truth and honesty in many of the nation's current history textbooks. I an distressed when someone says he or she did not realize that the pilgrims came here for religious freedom. However, if you think our founding fathers "died so we could be a Christian nation," you need to check your history. People are Christians, not governments.

Contrary to this incredibly foolish email, the Book of Revelation does not describe the “anti Christ” We learn most of what we think we know about this mysterious man (which is actually very little) from the books of Daniel and Ezekiel. Revelation does not say that he will be a man in his forties. It certainly does not say that he will be of Muslim descent, since there was no Mohammad and no religion of Islam for many centuries after Revelation was penned. Ezekiel does seem to imply that a coming man of evil power will be “a son of Abraham” but that is as close as the Bible comes to saying, and that could be a Jew as well as an Arab (not necessarily a Muslim). I don’t think any Anti Christ, whoever he is, and whatever he does, is likely to be directing worship or prayer to ANY god but himself, Allah or otherwise.

This is yet another urban legend, a way to make us needlessly suspicious, cynical and afraid. God is not the author of fear, right? I have seen more cruel, unchristian, bigoted and hateful things in my inbox from "Christians" this year than I ever would have believed possible. I am distressed and disheartened by our mean-spirited...uh...can I say...stupidity? Is this Christlike behavior? Is this loving others as we love ourselves? It isn't confined to the "right" either. I mean, plenty of us will be glad to see him receede in our rear view mirrors, but G.W. Bush is not Satan, okay?

I am so weary of political emails, of political speeches, of “I approved this message” TV ads from both the right and the left. Please stop adding to my weariness and my cynicism. I will go to the polls this year, as I have for a long time, feeling less than thrilled about my options. People seem to want to know what I think, or at least to influence me to vote "like God wants" me to.
All right. I think Obama is an untried, youthful, charming man who, among other concerns, is too inexperienced to be commander in chief. I think of that whenever someone mentions Palin's lack of experience. And I find his stance on babies born alive after abortions to be despicable. But I don’t believe he is a closet Muslim, extreme or otherwise, nor the anti Christ, nor refuses to salute the flag etc. I like the thought of someone who is more likely to think towards the future than the past. Biden, in my opinion, doesn’t even deserve a mention.
McCain is a patriotic American for whom I have great admiration, and he also has some character flaws I do not like at all. We have been strangely quiet about the "family values" of McCain, haven't we? I am concerned that he is not forward-looking and if he is elected it will be more of the same old, same old. As for Palin, I was initially sort of excited about her. I loved the fact that a young woman with a family, someone not a "Washington insider" was chosen. But she has been less than thrilling in the days since, hasn't she? I am saddened to say that I am already tired of her voice, and if she refers to "soccer moms" one more time I may throw something at the television.
So I’ll pray for God's will to be done on earth as it is in Heaven, and I will vote, but I won’t be throwing a post-election party, no matter who wins. Truth is, GOD is our hope and not McCain/Palin or Obama/Biden.
Boyd was right in that the Church has been looking to "Caesar" (in our case, Uncle Sam) for far too long. The kingdoms of the world will never get the job done, dear friends. Yes, America has been blessed. I love the USA, and I will keep right on loving and praying for her. I will not bash nor malign her. But I weep for her sometimes. Let's face it. She is not "Christian." She is sick. Maybe she is terminally sick. I hope not.
That does not mean that the Church has to be sick right along with her...
Enough, already. I’m feeling old and crotchety today, and I’m tired of the whole mess! Sorry for the rant. Election day can't come soon enough for me.
Posted by Dorcas (aka SingingOwl) at 7:55 AM

Oh Owl, you do give me strength and hope. I'm praying for a nice long peaceful time in which we can be old and crotchety to our hearts' content. And we have a stomach-churning federal election, NEXT TUESDAY...if you'll keep us in prayer, we'll be happy to reciprocate!

Amen to you! I'm saddened by the negativity, and I think that the election cycle is much too long!!!

Amen! I've already figured that both men have lost a lot of respect which is a worry. They should know better and also fire their mean advisers.

I was at a friend's house working on a project during the debate on Tuesday and her little brother said:
"I would be embarrassed to be a candidate--they are so mean to each other."

That is what I hate about politics--the lack of ethics. While I know whom I stand behind, I am still disappointed at his mudslinging, just as much as I am disappointed in the mudslinging of his opponent.

God's will be done. That's all I can say.

I couldn't watch the debate. I did watch the coverage afterwards and got the impression it was a pretty snarky evening.

Yes, may God's will be done. And after all the division and name calling I hope we as a nation can actually remember we are all Americans when this is over and put the stupid partisanship aside. I'm too grumpy about all this to be very optimistic--ha--but I do hope it will be.

Write me in. I'll admit I'm trying to get elected mostly for the after party, but I'll be the most watched President in history.