Sighing, Dee Anna eased her shoes off and wiggled her toes, scrunching up into the couch pillows and closing her eyes. Charlie snored softly at her feet and she smiled. It had been an interesting week, starting with the annual burger bash and concluding with preparations for Thanksgiving and Christmas.

A long and tiring day, she mused, but a good one. 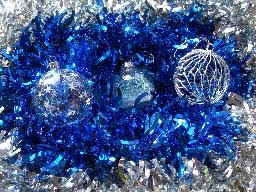 Earlier, she and some of the North Woods Chapel members had decorated the sanctuary with garland, white lights, and a lovely carved nativity set. Dennis Whitewater and one of their sons had hauled in a large and fragrant tree, which had been cut in the woods in back of Jim and Lorene Johnson’s house. Others had decorated the tree with blue and silver ornaments and Marla Whitewater had directed the whole thing with her usual artistic flair. Dee Anna had been pleased at the turnout and at the pleasant results, which only awaited the Advent wreath and candles to be complete. 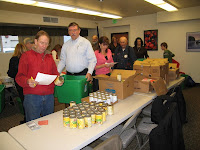 Then she had helped sort the Thanksgiving food the churches had collected, piling an array of items into about 20 large cardboard boxes. The Baptist pastor, Rodney Brach, had come down with a sore throat, so Chad had volunteered to take his place helping to deliver Thanksgiving food boxes. He had rounded up a group of young people who had taken several boxes to doorsteps in town and in the surrounding area.

Dee Anna had discovered that there were many more people in the area than she had first thought. There were the people in town, and then there were many people who lived in homes, some luxurious and some glorified shacks, that were tucked along the numerous county roads that twisted and turned in the miles of thick pine forest that surrounded the town and its two lakes.

She pulled the ottoman closer to her chair with one foot, and thought about the Halvorsens. They were among the families who lived in an almost-hidden little house on a dirt road. She and Madeline were invited to share Thanksgiving with them, and she was a little apprehensive, wondering if they would have turkey or if venison would be the main course.
Thanksgiving and then Advent—first Christmas season away from Madison and Eastside Methodist Church with its beautiful sanctuary, its candles and its pipe organ.
Dee Anna changed the direction of her thoughts. Not thinking about Eastside, not thinking about Michael.

She had ordered a wreath from the Boy Scouts, and she was a little concerned that it would not arrive in time for the first Advent candle lighting. She wondered if she could just set up the candles with no wreath, or if she should use a fake one and then switch.

The phone rang, interrupting her thoughts and causing both her and Charlie to jump. Madeline called from the kitchen where she was making popcorn with two friends from church. “I’ll get it, Mom.”

Dee Anna closed her eyes again. “Hi, Grandma! Happy Thanksgiving!” Madeline was saying.
It was her mother calling. Well, might as well get the obligatory holiday call over now, Dee Anna thought as shifting her feet to the floor and rising a bit stiffly. “Am I getting old? “ she wondered. “Just some decorating and box packing, and I feel like an.…” Madeline’s voice cut into her thoughts. “Mom, it’s Grandma. She sounds upset and I think she’s crying.” Madeline stood with the phone extended, her hand over the mouthpiece.

***
Chad noticed it was growing colder as he shifted the last box onto a set of steps in front of a dreary little house. The house sat far back from the road at the far end of Main Street. It looked deserted, but he rang the doorbell and waited a moment before heading back to the church van. “Okay, that’s it. Thanks, everyone. Now, let’s head over to the church for something hot to drink!” As the van pulled away, the door at the house opened and a bearded man stepped out to retrieve the box. Light sleet began to fall.

Chad drove the few blocks to North Woods Chapel, passing the Ben Franklin store, the Fire Department and the Police Department, where they saw two men with an extension ladder stringing lights on the big pine on the front lawn. Chad rolled down his window to wave and yell, “Hey Dave and Joe, Happy Thanksgiving!” He was feeling full of holiday cheer. He liked doing good things for people, and he had enjoyed the teenagers. Feeling the pellets of sleet, he closed the window quickly. “Seems we might be in for a little bad weather.”
The teens in back were getting rowdy; the novelty of their charitable deeds had worn off and they were ready for some fun. Chad liked them all, but he was glad he could soon turn them over to their parents at church. He was thinking of maybe heading over to a friend’s home for some Wii. If he was fortunate, maybe the friend's sister would be there too.

The passed the two Lutheran churches and North Woods Chapel came in sight. The lights in the basement shone into the darkness. Chad pulled in front of the wide glass doors and suddenly remembered how Dee Anna had looked as she had pulled up to the church in her dusty red Falcon, looking wide-eyed and distressed and clad in an oversized shirt and flip flops. He smiled at the recollection, noticing that the lights were on in the parsonage living room. He wondered what Pastor Dee Anna was doing for Thanksgiving.
***
Gus Williams hefted the box to his shoulder and carried it to his tiny kitchen. “Hey boys, lookee here! We’ve got a turkey!” Two pre-teen boys tromped down a narrow stair to stare at him in the glare of the florescent light fixture over the counter. The short one rubbed his eyes and said sleepily, “Well, where the hell did that come from, Pop?” The taller one just smiled. “Don't swear, said Gus, "Come on, help me sort out all this stuff, boys. Looks like we’ll save the corned beef hash for another day.”

***
Dee Anna felt a mix of emotions as she stared a moment at Madeline. Impatience fought with concern and concern wrestled with hope and hope shoved irritation as she took the phone from her daughter’s hand. “Hello, Mom” she said, a note of caution in her voice. “Happy Thanksgiving.”

Her mother’s voice sounded tired and old as she said, “It isn’t likely to be a happy day any time soon, Dee Anna. You need to come home. Your father had a heart attack. I think maybe he’s going to die.”
Posted by Dorcas (aka SingingOwl) at 2:20 PM

So glad to see Dee Anna back! But now you've left us hanging... :-D