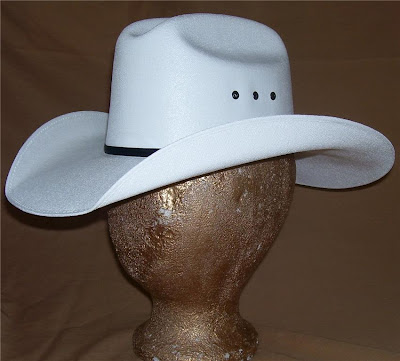 Flying is not what it used to be. I used to feel like a guest on a plane, with polite flight attendants, a meal (sort of), a little pillow, music, and at the very least a bag of peanuts. Not so these days. Not even a bag of pretzels! Not even a stale cookie! Pack a lunch, fliers. And do not forget that it costs to check a bag. And put those lotions in a baggie! Baggies will keep us all safe from terrorists. And wear shoes that are easily removed. And expect grumpy people.

Do you recall the days when people dressed up a bit to get on a flight? I actually remember my mother-in-law telling me I should have worn gloves. Man, I am a dinosaur. Jeans and sweats are the order of the day. And it seems that a shower and deodorant are optional. Sigh.

During a three hour layover I had lots of time for people watching. An airport is a great place for that. At one point I sat waiting with two people from Wisconsin that looked just like the couple from "American Gothic" except she was a bit stout. I could hardly keep from grinning when I looked at them. They rarely spoke and never cracked a smile. Then there was the blond from St. Louis who wore pink sweat pants, pink snow boots with pink fur tops, a pink parka with a pink fur-lined hood. She ended up being my seat mate on a short flight from Minneapolis to Green Bay, and she shivered the whole flight and said she wished she had dressed warmly.

A Goth couple sat and held hands in the terminal, looking sad. As the flight was announced, they stood and kissed passionately. I was wondering how, in this day and age, he had gotten into the terminal without a boarding pass. Then they broke their embrace and both headed down the tunnel to the plane.

On the first leg of my trip home I had boarded the plane from Dallas and located my seat. It was the dreaded B seat, neither next to the window nor next to the aisle. I saw that I would be sandwiched between two men, one of them quite large. Most Texas men of my acquaintance are polite. I stood there waiting for the hefty guy, who I will call GTM for Grumpy Texas Man, to move. He didn't. I said, "Excuse me, but I have the seat in the middle." He scowled and got up without a word as I vainly tried to locate a spot for my carry-on bag. He stood in the aisle, watching me struggle, and I eventually said, "I need to move past you, sir, so I can see if any of the overhead bins are empty." He did not move and did not speak. I reached beyond him a bit and rearranged a guitar case and started to move a package to a spot near the guitar.
GTM finally spoke, "NO! That is a HAT."
Oh.
It was a very large hat, judging from the size of the bag, but it was a soft package and could have sat atop the guitar. GTM moved so I had to back up, away from his hat. The flight attendant watched all this, finally saying flatly, "Sorry, Ma'am, all these bins are full." "So, what am I to do?" I asked. GTM scowled. The attendant said, "Well, maybe we can find a spot in first class for your bag." She took the bag. GTM snorted and moved up the aisle away from me.

I sat in the middle seat. A few moments later GTM returned to retrieve his magazine and strode back up the aisle to an open seat. Fine. More room for me. I moved to the aisle seat.

About half an hour into the flight he came back and opened the overhead bin, removing the precious package containing the HAT. He opened it and carefully placed the hat on his head, returning to the seat up the aisle without a word. The hat was enormous, much bigger than the one in the picture. It was the biggest cowboy hat I have ever seen, with a wide flat brim. It was white. I wondered why he couldn't have worn the hat earlier so I might have found a spot for my bag.

I wasn't fooled by the white hat. He was not one of the good guys. I decided that enormous hats probably indicate compensating for small....oh never mind.
Why does everyone in Texas, even little old ladies, drive an SUV?

And why does one town need eight Baptist churches?
Posted by Dorcas (aka SingingOwl) at 8:56 PM

Thanks for the reminder about the luggage costs, etc. My younger daughter will fly here for the ordination; I'll remind her.

Well, your retelling of the flight made me laugh even if you couldn't laugh at that guy.

When I visited Arkansas a couple of years ago it amazed me how many Baptist and Pentecostal churches there were with nary a Lutheran church in sight. I really don't understand how any place can use that many churches!

Glad you're home safely with stories to tell. Hope you are able to catch up on your sleep soon.

What an extraordinary experience!

Yeah, I remember all the churches on the tops of hills in the Arkansas/Missouri area when we were there. I got the impression that many were independent churches, usually called the ___ Church of God, which always made me wonder if they thought the one on the next hillside wasn't of God.

But in this area, we seem to have Lutheran Churches everywhere. I once counted how many were within 50 miles of my house, something like 30, not all of the same stripe. Including some who don't think the other ones are Lutheran enough. I wish churches would work together and recognize what they hold in common, or, more accurately, WHO holds them in common.

There are at least 30 Lutheran churches within 50 miles of me too.

In my mother's home town of just over 3,000 population, there are eight Baptist congregations, one Catholic (which is all Hispanic and services are in Spanish) one Lutheran, one Presbyterian, one Disciples of Christ, one Church of Christ, one Methodist,and four Pentecostal groups--the main ones--Assembly of God, Foursquare, Church of God, and a small independent one--and some church I am forgetting because that makes 18 and I know there are 19 churches..

In my town of the same size there are five churches--Catholic, 2 Lutheran, 1 UCC and us. Five churches versus...nineteen churches??

It makes me very sad to see the four Pentecostal churches, all small and struggling, and they would make one medium sized church. And the Baptists? I mean--they could all meet in the one large 1st Baptist building.

What must Jesus think of this?

That man was a Goop. Sorry to say it.

Hey! Not EVERYone in Texas drives an SUV!! My car's not even a very big mid-size!

I know what you mean about the myriad churches, and I think I've known at least a dozen different "cowboys" who oughtn't to wear a white hat. (Along with a whole bunch who DO, and fit it well.)

As you've probably heard and illustrated beautifully, Texas is a "whole 'nuther country." Been here almost 20 years now, and some things I still can't get used to.

Psalmist, I almost laughed out loud about the SUVs because after our conversation in the car about them, I rode in nothing else while I was there. My cousin Shirley's husband drove us to Haskell in a beautiful SUV made by--Porshe--who knew? And when I got there Paulette and I borrowed another SUV to drive in Haskell, and then our other cousin, a single woman, drove us back to the airport in yet ANOTHER SUV. Wow.

About Texas being a "whole 'nother country" -- oh yeah. My family has joked about that for years. It really is kinda true. Texas is like nowhere else. Part South, Part West, all Texas.

Thanks again for the ride from the airport--the only smallish vehicle I rode in for four days! EVERYTHINGS BIG IN TEXAS!

That guy needs a refresher course on manners. One does not wear a hat indoors, and any self respecting cowboy knows to remove his hat in the presence of a lady. I'd likely have reminded him of that and made him grumpier.