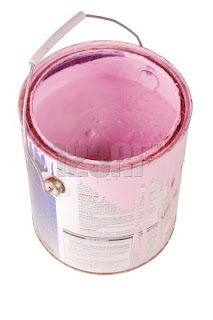 Marla Whitewater sat back on her heels with a sigh. "I think that about does it." She balanced her paintbrush carefully on the side of the paint can. "Ready for the roller." She glanced into the can. "I hope we have enough to finish the room. I'd hate to send poor Chad back to the Ben Franklin Store one more time!" She was dressed in a rolled up pair of jeans and one of her husband Dennis' cast-off dress shirts. She had tiny flecks of pink paint in her hair and a smear of it across her right cheek.

Pastor Dee Anna grinned as she turned on the ladder where she stood painting the wall next to the ceiling. Like Marla, she wore jeans but her shirt was red and said "Eastside UMC" on the back. "That's a lovely shade of blush you have on your face, Marla, but maybe a bit too permanent to be practical."

As Marla raised her hand to her cheek, Dennis' genial brown face popped around the door frame. "How's it goin' in here ladies? It's been a challenge covering up that bright green color, but Chad and I are about done."

"I woulda been done an hour ago if I hadn't had to keep running to the store." Chad's voice called from the hallway.

Dee Anna climbed down from the ladder as Marla stood to her feet, stretching. "I could use some nourishment, but it would be nice to get Madeline's room all painted before we stop." She bent to pick up a roller. Madeline was spending the night with a new friend from school and Dee Anna hoped that when her daughter arrived home the next afternoon she would find her bedroom looking bright and welcoming with no hint of the dark purple that had made the small room look like a cave. 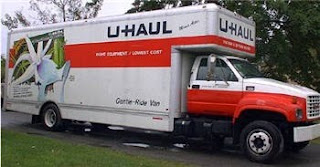 Pastor Dee Anna Hansen was surprised at how well things were going. When they had arrived there had been plenty of guys to help unload the truck. Madeline had kept Charlie occupied as best she could while the grown ups unloaded their belongings. Dee Anna had been surprised and gratified to see that a sizable portion of her new congregation were there to help out. In the church kitchen, Jim Johnson told her, several women were putting together a soup supper for everyone.

As Dee Anna directed the parade of furniture and boxes from a spot just inside the parsonage door, Marla Whitewater and Lorene Johnson had eyed the boxes till they found the ones marked kitchen. The two of them had the dishes, utensils and pots and pans stowed away in short order. "I don't know if we put things in the spots were you will want things," Lorene had said to Dee Anna, "but it'll be easier rearranging than it would be unpacking a bunch of boxes in the kitchen."

Lee Coats and a middle-aged man named Ted had put the bed frames together. As soon as the mattresses were unloaded from the U Haul, Lee's wife, Mary, and one of the teenagers who Dee Anna learned was named Tiffany, searched for the box containing bedding. By the time all the furniture was in, the two of them had made up both her bed and Madelines with sheets, blankets and bed spreads.
Dee Anna had watched from the parsonage doorway as her couch, end tables, dresser, and cedar chest had emerged from the truck. After moving in all the furniture, several men and teen boys made a sort of assembly line and moved the boxes inside the little house.

Chad had led a group of young men in dispersing boxes to the various rooms. The whole job of moving all their things from the moving truck to the house had taken about an hour, and in another hour the furniture and boxes were stacked in the right places. Madeline had giggled when she came in to find that somone had even put her giant Winnie-the-Pooh in the middle of her bed. "But, Mommy," she'd said later that night, "the colors in this house are all so...so bright."

Now, a few weeks later, Dee Anna stood in the middle of her daughter's room for a moment, gazing around. It was looking pink--a shade that reminded her of sherbet. She smiled at Dennis and Chad, who had also appeared in the doorway. "I could go for some fish fry. Isn't that what you all eat up here on Friday nights?"

Marla looked at her and laughed, "Now that'd be a sight! The four of us trooping in to the Little Big Foot Diner dressed in jeans and paint splatters!"

"How about I go over to the Lumberjack Drive-In and get a sack of their hamburgers?" asked Chad. "They have the best burgers anywhere around." He glanced at Dee Anna with a small smile, "And besides, they actually sell Dr. Pepper."

A short while later the four of them sat around Dee Anna's round kitchen table, companionably sharing french fries and munching what had turned to be excellent hamburgers. Charlie snored softly from his dog bed in a corner. Most of the house was looking orderly, and Dee Anna confided to the others that she and Madeline were starting to feel at home. The four of them had spent most of the day painting and they were all tired, but it was the good sort of tired that comes after shared physical labor. The chartreuse hallway was now a warm beige, and Dee Anna was happy that Madeline's room would soon be looking feminine and cheerful.

The windows had been left open so the air could dispel paint fumes, but the night air was growing chilly. As Dee Anna rose to close the window above the kitchen sink, Dennis commented, "So, who's painting the wooden pumpkins on that bean bag game for the fall fest? And where are we going to find bright orange paint?"

"We could always send Chad back to the Ben Franklin" Marla said with a chuckle.

"Oh," said Pastor Dee Anna, thinking of the large stash of half empty paint cans she'd discovered in the basement a few days before, "I think I have just the perfect thing. Have any of you seen the orange closet in my bedroom?"

The others stopped talking to stare at her.

"There is at lease a half-gallon of that paint in the basement. It will be perfect for pumpkins."
Posted by Dorcas (aka SingingOwl) at 8:18 PM

I just have to tell you how much I enjoy reading these chapters in the lives of Pastor Dee Anna and her daughter. You're spinning a very interesting tale here.

Maybe I'm reading in between the lines, but I think I see what might happen...

When I was 11, we painted my bedroom that very color. To this day, just thinking of it brings a warm and happy feeling to me, so to see/imagine it in Madeline's bedroom brought a huge smile to my face :-)