Fourth Week of Sabbatical -- The Postmodern Experience and Visiting Baby 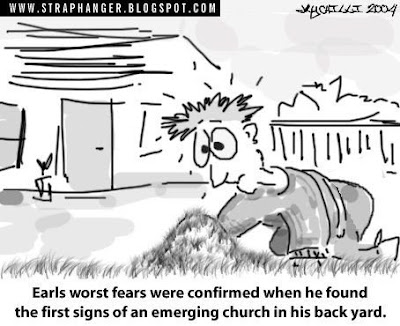 Note: This church visit was not my first "postmodern" experience, but the first was even less structured. It was a church my daughter and son in law attended for a while. And while I applauded their intentions, I confess I would never be able to deal with the total lack of what appeared to be organization at that church. Does that make what they were doing wrong? No. But not something I can do. I remember asking my daughter, "Can't we just sing a worship song or someting? Where was the sermon?" The church I refer to here might not qualify as "emergent" to some. Postmodern, oh very much. 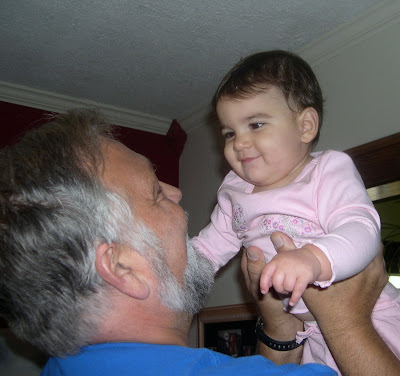 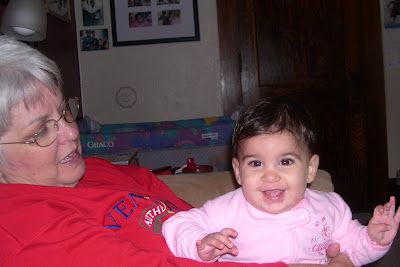 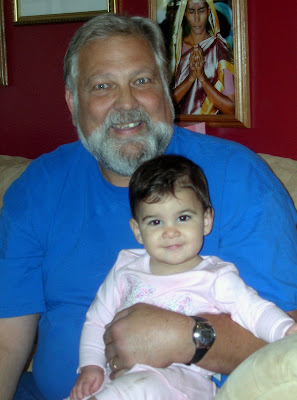 You already know my feelings on this subject, but I will say I like the way you broke it down at the end. Nice post! Pastor

My pastor wears jeans and sits on a stool, sometimes, for service. 'Course I tend to go to the Saturday service so I may be getting a more casual "look" from the pastor than what happens on Sundays.

My church is not quite "emergent" but probably on the edge of that. They tend to incorporate the rituals that mean something to some people and explain it well to those who don't know about them. They do Advent, which is dear to my heart. They also do Lent in their own way. Communion is not done differently than what I've seen before, but I like it. But they vary it too with totally different rituals on occasion.

Some rituals make sense. Some don't. To do something simply because it is a ritual doesn't make sense to me. But to have a good reason, that is explained, so that it really has deep spiritual meaning, that's way cool.

If it helps any, TJ Jones used to get away from the pulpit as quickly has he could. He'd walk up and down the platform and descend to walk up and down the aisles when he preached. VERY different from how the A/G pastors tend to preach today. It worked for him because it was *his* way of preaching. As the A/G became more mainstream they moved away from the old fashioned revivalist preachers into what was more comfortable for the people they were trying to reach. That's what I see happening in churches today. They are adapting to what they think will reach the most people. Unfortunately they are ignoring the needs of some of the older members of their churches who need what soothes *their* souls. It's a difficult situation all around.

Just think how much fun you'll have in another 10-15 years adjusting to rap and hip-hop as the "choruses" you'll be singing in church!

Sounds similar to our previous church, although the music was good, and the people were very, very friendly. Maybe that's what makes the difference?

And I'm with you on the eating/drinking issue--that used to bother me too.

Don't wear jeans and sit on a stool. And you a beautiful granddaughter. That's that extent of my wisdom.

We think we've found a church with some balance. It appeals to "contemporary music, gotta be relevant & action focused, no liturgy please" Dad; "I don't want to go to a concert, I miss my hymns and I like my liturgy light, but I want it" Mom; and "Girls Just Wanna Have Fun while learning, I refuse to sing/dance" Daughter.

During my week in E. Wis, I popped in on your blog a few time, but I didn't have time to really reflect on your posts. When driving back home, I saw the sign to St. N in GB and thought of you. Your sabbatical sounds wonderful, both reflective and moving your outward in a different way, ie attending a different kinds of services.

My time in Wis was too stressful for me to get the relaxation in the evenings I thought I'd find.

RE liturgy and ritual, etc.: There is certainly a difference between liturgy done well, with "spirit" and meaning as compared to people going through the motions. In some cases, the people have never been taught what it is all about. And some organists or pastors are just not that skilled in leading the liturgy. And some times the people are just in church for who knows what reason, so they don't really participate. At least they are in church; one never knows when the seed might be planted.

I am struggling with my attitude when attending the church of an elderly relative in Mn when we visit there. It is a sort of branch of my denomination, but I'm not allowed to receive communion. But the last few times they haven't had liturgy, which I see as the praise part of the service, the hymns have been the old favorites sung poorly, without spirit, and the sermons have been so superficial, that I haven't felt fed.

I would have some problem with the casualness of the service you describe because I like the idea of a time set apart. My own church has a nice melding of friendliness and formality.

I also would have a problem with too many songs that focus on me, me, me and my response to God. I'd rather sing about what and who God is. I wonder if these "praise songs" will stand the test of time.

C.O. Your post made me LOL. :-) I'd love to visit your new church sometime and see how it goes. The UMC one?

And P.S. I'm sorry things did not go well. :-( I think that most of the current crop of songs will NOT stand the test of time. But some likely will. I think some contemporary songs are far better than others. I like contemporary stuff (some of it) but I think balance is a key.

Yep, the UMC one.

By visiting churches through the years, I've found you can't always tell much about a church from its website but so far we like it on the web & IRL.

As a lifelong Lutheran here, I guess liturgy, ritual, more formality is very ingrained in me. When I was a kid, you didn't go to church unless you were "dressed" properly - hat, gloves, dress shoes, etc. Since my kids hit their teens (about 2 decades ago now - boy, I'm getting old!) appropriate apparel has changed to jeans being acceptable but I've never quite adjusted to that - or to knee-knockers, etc., in the warm weather either. Just always hits me as somewhat disrespectful I suppose.
Music -I can be a little more open on that as I like a little of the contemporary music from time to time but I still much prefer the old standard hymns and an organ to accompany the singing, as opposed to a piano. Am I too set in my ways? Could be considered that way I suppose.
I'm trying to adapt but boy, old habits (and rituals) do die hard too ya know!
And, your granddaughter is growing so quickly - seems like just yesterday you posted the first pictures of her! She's a beauty, for sure!

Daryl & I (and Trinity) still get dressed up for church. Even if I do decide on the rare occasion to wear jeans, I still have a very nice shirt on. I can't do the jeans and T-shirt thing. I think dressing up is a form of respect and dressing for church is one way I show my respect for God, for the church body, for the pastor preaching and for vistors.

I wanted to let you know that I enjoy reading about your experiences and your thoughts.

See how happy she looks when she doesn't have a Packers shirt on?

Nice article. I like the way you described it. Photos added a special appeal to the mass. We would look forward for further betterment.