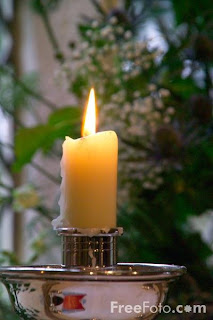 If you would like to read my "Little Big Foot" posts, there is a link in the sidebar under LABELS. Click on Stories; Little Big Foot, and you can scroll down and read from the beginning.

For a moment, Dee Anna wondered if Ted Turner Boy was actually flirting with her, but then, remembering the Pat Robertson question, she decided he was just being his apparently blunt self. She smiled as she shook his hand and replied, “Thank you, Chad. It seems I am perhaps the only female preacher North Woods Chapel has seen, so that wouldn’t be difficult!”

The sanctuary was lovely, though simple. The piano was a small spinet. There was an organ, and two guitars stood to the side of the platform next to a drum kit.
On the back wall hung a large wooden cross. Stained a warm golden color, it was highly polished, gleaming beneath a subtle spotlight. Dee Anna suspected that the raised platform beneath the cross concealed a baptistery. Sunshine poured through tall windows that were open to the pleasantly warm air. The floors were warmly gleaming hardwood. A runner of royal blue carpet extended across the front and down the center aisle. There were long kneeling cushions near the altar area. The pulpit and communion table appeared to have been designed to compliment the larger cross. The pulpit was simple, making Dee Anna think of Danish furniture. Like the large cross, it was highly polished. A cross was carved into the front-- a smaller version of the one above it on the wall. The communion table held one candle and a colorful arrangement of summer flowers. These appeared to have come from someone’s garden. The whole effect was esthetically pleasing in an understated way.

Dee Anna thought of the beautiful old sanctuary in Madison, the stained glass, the pipe organ, the ornately carved pews. "We're not in Madison anymore, Toto." She pushed the image from her mind and quietly placed herself towards the rear of those who had already gathered in the pews. The pews were cushioned, Dee Anna was glad to see, in a shade of blue that coordinated with the carpet runner. A few more people entered and greeted those already seated as they found their places.
She leaned back in the pew and relaxed, enjoying the warmth and simple beauty of her surroundings. This lovely sanctuary was a surprise. She realized she had expected something like the parsonage--tacky at best.

Sunday School was uneventful. Jim “Portly Bald Guy” Johnson was a good teacher. Dee Anna realized that she had not expected him to be particularly interesting. It was obvious, however, that he had spent time in study and that he was an educated man. What had she thought—that he was a lumberjack? From the interactions it seemed that some in the class were familiar with scripture, but others were not.
"A good sign that some people are new" Dee Anna mused. She had chosen not to talk during class. She was dimly aware that she had stereotyped the congregation as soon as she had passed the town's welcome sign. She disliked snobs—had she been one?
Comments during class revealed that Jim had retired from the local school system after 20 years of teaching and several more as the principle of Little Big Foot High School. Jim had introduced her to the class by saying, “Well, you folks probably have figured out that our visitor is the preacher for today. Please welcome Pastor Dee Anna Hanson.” A few people turned around in their seats. Some stared with undisguised curiosity. A few smiled. A few frowned.
Dennis and Marla Whitewater were near the front. Marla smiled and gave Dee Anna a friendly wave as though they were old friends.
As the class progressed there were the usual comments, questions, and one guy who talked too much. “Always has to be at least one of those,” Dee Anna thought, feeling sympathy for the teacher. About halfway through the lesson she became aware of a distinct scent of wood smoke. It was powerful, though not unpleasant. She wondered about the origin.

Afterwards, some time was spent sipping coffee and munching donuts. These were in a small fellowship room that was located to the side of the sanctuary. Dee Anna greeted each of the deacons and met their wives. She shook Dennis' hand and thanked Marla for the nice breakfast in a basket.
Jim Johnson had an equally ample wife. Her name was Lorene, and she had a notable amount of steel grey hair piled on top of her head in what Dee Anna's mother used to call a “Pentecostal beehive.” Dee Anna smiled to herself when she thought of that term, wondering if Lorene was an “old timey Pentecostal” who kept her hair long. She was pretty sure of it when Lorene called her “Sister Hanson.”

Deacon Chad, Lorene confided, was single. Dee Anna wondered if Lorene had overheard the compliment he’d given her in the entry. "He is all of 25," she thought, "pretty young to be a deacon." Chad nodded to Dee Anna from a corner where he stood sipping coffee and talking with two other young men.
Bearded Crew Cut Guy, whose name was Lee Coats, approached with a sweet-faced woman who he introduced as “My better half, Mary.” Mary shook Dee Anna’s hand self-consciously, not meeting her eyes.
The parents she had seen earlier approached, and Deen Anna discovered that they were the source of the pungent scent of smoke. They introduced themselves as the Halvorsens. "I'm so sorry we weren't able to have you at our house for dinner," said the woman, whose name was Brenda. "One of the kids was really sick yesterday. Must have been a 24-hour thing though. Hopefully the other two didn't catch it." Mr. Halvorsen said, "I'm Tommy. Pleased to meet you. I brought you something, so wait after church and I'll fetch it."

Dee Anna was relieved when the break was over. She never was much good at small talk, and she was growing nervous. As someone began playing prelude music on the sanctuary piano, most of the people exited. Dennis Whitewater gestured for Dee Anna to remain. “We’d like to pray with you," Dennis said, extending a hand.
She didn’t much like holding hands with strangers, but she’d learned to deal with it. It was still part of being Pentecostal, it seemed. Back to that world?
“Nope,” she briefly thought. “But I can deal with it.”

As they entered the sanctuary, Lee told her she could sit on the platform. Dee Anna hadn’t noticed the two chairs near the drum kit. Imagining clashing cymbals, she told him she preferred to sit on the front row. She noted that someone had lit the candle on the altar table, and had apparently added the communion plates under a white cloth.

The service proceeded in an unremarkable manner. Jim Johnson led the congregation of about 100 in a responsive call to worship. A brown-skinned middle-aged man directed the congregation in singing three hymns. “A relative of Indian Chief Whitewater?” wondered Dee Anna. An elderly man played the organ, but there was no sign of musicians for the other instruments. A women's trio sang an updated version of “The Lord’s Prayer” during which she scanned her sermon notes. Someone prayed for the offering and plates were passed. "So far, so good," thought the preacher of the day.
Dennis Whitewater stepped to the pulpit and provided a brief introduction, noting that Reverend Dee Anna Hanson was sharing the elements of communion and was preaching for them as part of the process of a possible call to their congregation. She stepped up to the pulpit, thinking "Oh Lord! Shall I let these deacons know right after church that I am not the pastor they are seeking?" Aloud, she said, "It is a joy to be here today. Thank you. Please bow your heads with me and let us pray together."
As she said, "Amen" she silently added, "Here we go, God." Help them like me, but not too much. Remember?"
Posted by Dorcas (aka SingingOwl) at 6:07 AM

I'm waiting eagerly for the next installment!

I love this story! Can't wait for the next chapter!

She is a goner.

I'm thinking they do like her and will ask her to be their new pastor. Like anonymous said...she's a goner. Lol.