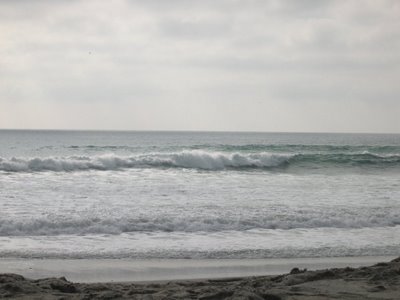 We arrived at night, but the next morning we headed for the ocean, even though it was cloudy. I waded in the waves. Ken bodysurfed. I had forgotten the aroma (some people say smell) of the Pacific. It is a mix of seaweed and salt, and I love that smell...it makes me think of long sunny days, meatball sandwiches, music on the transistor radio (ha) and my sister in a better time. I lived with her most summers of my teen years, and we often packed up food and books and headed down Malibu Canyon Road to the ocean.

As I mentioned, the air was what I noticed first. I cannot describe California air. Here is what makes it unique. At the top you see the waves coming in, and on the slope are a few prickly cactus plants growing in the sand. California has a coastal climate and a desert climate in one. It makes for wonderful air, when it is not smoggy. 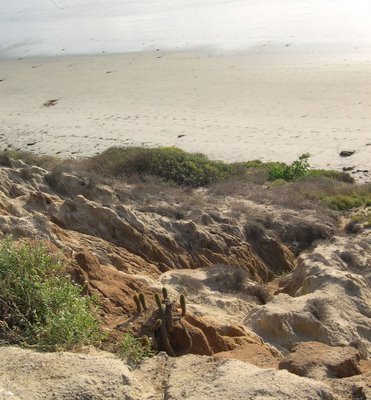 Back at the condo, I rinsed off the remaining sand in the hot tub. Aaaaaahhhhhh. 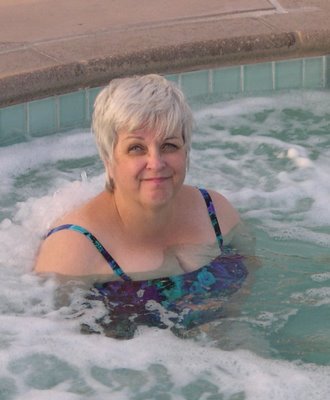 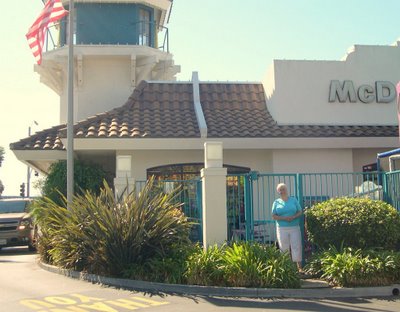 Only in California! Even the McDonalds have red tile roofs and Mexican architecture! It was so cute I had to take a picture. Ken said, "Look! That McDonalds looks like a little mission." We didn't eat there though.

My sister did know who I was when we first arrived, and she gave me a big hug and a smile. I don't think she always knew me though. Most of what she said did not make sense, but she tried. And sometimes she would say something with complete clarity. It didn't last long. She is much worse than she was in March. We went for a walk, and she was okay as long as I continually directed her. She stopped many times to look at flowers, the ocean, a spider web. She was still enjoying the world around her, though her husband said she had not been outside all week, till I arrived.