The Owl's Nest is Crowded These Days

Going from two inhabitants to five is interesting. We are, however, doing fine and mostly having fun. Son in Law, Daryl, has a job beginning Monday. It is not his dream job, nor what he thought he'd be doing, but it is employment and for now that is good. Kris has landed a seasonal job that will end after Christmas, so she is still looking. They found a wonderful farmhouse in the contry about 10 miles from us, and they will be moving come December.
Meanwhile, here are some pictures. 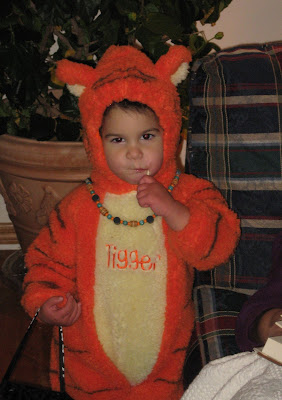 Trinity's Tigger costume was just right for a few trick or treat stops on a cold day. 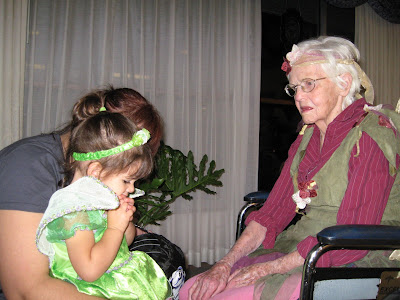 And a Tinker Bell costume was just right for visiting "GrandmaMommy" at the nursing home. 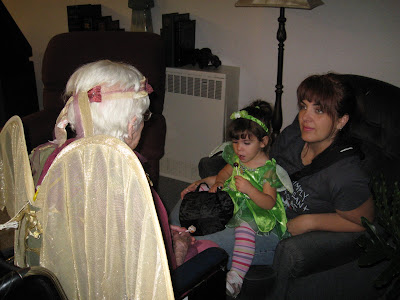 Turns out that Tinker Bell's great grandmother was a a sort of fairy godmother--also dressed as a fairy! I don't think she quite realized it, but we did and it was sweet. 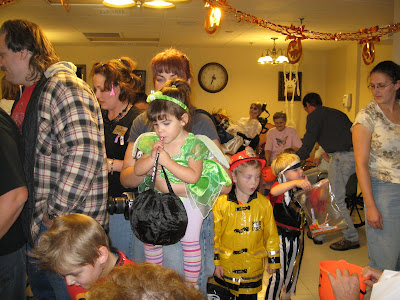 Kids and residents mingled in the dining room. 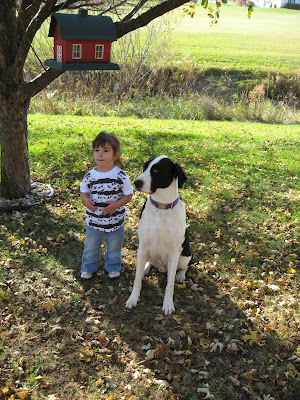 Exploring Grandma and Papa's back yard with Rex. 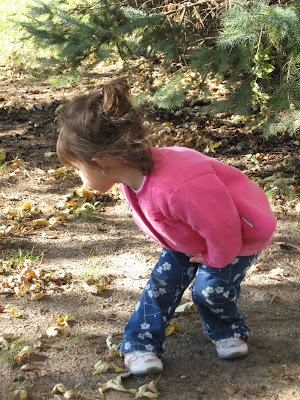 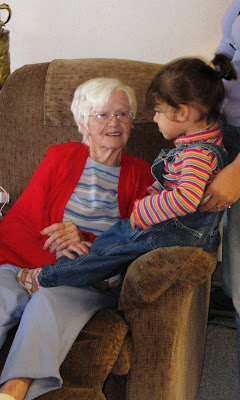 Another visit to the nursing home brings a smile to "GrandmaMommy." This is rare, but Trinity is doing great, smiling and waving at the people, and even being willing to sit on Grandmommy's lap for a ride in the wheelchair. We took Rex too, and we think he's going to become a great visitor at the nursing home too. 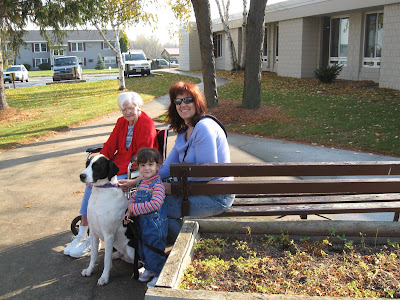 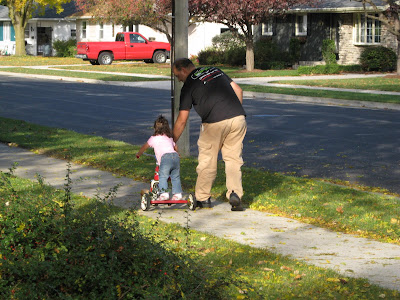 Record breaking warmth has allowed for days outside! We are enjoying it while we can, knowing it won't last. In the seventies in November! Fabulous!
More later.
Ken is recovering from a toe amputation and has returned to work on "light duty." I have finished the marriage sermon series and will be making CDs soon. I'm working on a devotional book to pass out at church for Advent, and putting together a series of sermons, "Christmas at the O.A.S.I.S." to remind us of our OASIS themed mission statement. I hope the month of December is going to include worship dance, dramatic reading, a skit or two. Depending on how my series of devotionals turns out, I'll probably post them here.
What's new with you?
Posted by Dorcas (aka SingingOwl) at 8:41 AM

Even your church related activities sound quite involved. Bless you! And it sounds like your family's transition has moved faster than could have been expected.

What lovely times and pictures! It looks so pretty where you are.

Very nice post...all seems well on the home front Pastor. Here's to the Lord for his blessings and family close by during the holiday season. God is good:)

I find it just incredible to see the pictures of Trinity Ann now and wonder where on earth did the time go so quickly that she is now that big! Seems like just yesterday -or at most maybe a month or two ago that you shared pictures of a tiny little baby girl and here she is, now, soooo big! Amazing, isn't it?

Yes it is amazing! She will be two in January!