The weather forecast called for steady rain across the upper Midwest. Dee Anna was driving home late Sunday evening, and she had turned on the radio partly to keep herself company and partly to avoid thinking. Static crackled as lightening forked across the sky. Dee Anna snapped off the radio. Tee schwap, tee schwap, tee schwap… the wipers sang as large raindrops spattered on the Falcon’s windshield. "Let it rain...let it rain..."

Dee Anna had taken the morning’s sermon from Luke’s Gospel, Chapter Four: She had carefully crafted the message, working on it off and on for a week as she sat in her pleasant office. It had been a quiet week at Eastside Church, perhaps because of the unusual heat. Most people, it seemed, had stayed home. She had been glad for the quiet. The sermon was a good length. It included some humor, a pithy quote from C.S. Lewis and an illustration.

Friday afternoon she had sat on a bench at James Madison Park and read it over to herself as Charlie and Madeline splashed in the nearby water. Only two days ago? It seemed more like a week. She took a sip of her Dr. Pepper as she turned south onto Interstate 39. Her thoughts returned to North Woods Chapel and Little Big Foot.

She had pulled her sermon from her Bible and carefully arranged the sheets of paper on the pulpit’s glossy top. She had read the morning’s passage, imagining Jesus unrolling the scroll.
as he stood to read in the Nazareth synagogue.

"The Spirit of the Lord is on me, because he has anointed me to proclaim good news to the poor. He has sent me to proclaim freedom for the prisoners and recovery of sight for the blind, to set the oppressed free, to proclaim the year of the Lord's favor."

She had suddenly recalled the phrase she had read earlier as she sat on a bed next door in the parsonage: To revive the spirit of the humble… to revive the heart of the contrite ones. She hadn’t thought of the similarities until that moment.

The congregation had sat quietly. Marla Whitewater had smiled at her from the front row, leaning forward with a small nod of encouragement. Dee Anna had heard a faint cry from the nursery. She had begun by sharing the Lewis quote. After a few moments she had stopped, then began again. Stopped. Cleared her throat slightly and begun again. Sunlight streamed through the chapel’s long windows.

The voice had startled her. Oh, it had not been audible. But it had, in some way she could not define, been quite clear. She had stopped speaking. After a moment had come the sound of her own voice, almost surprising her in the quiet of the sanctuary.

“People of God, would you be still for a moment with me? Can we just...just wait and be aware of God?” They had waited.

Dee Anna had bowed her head, not knowing what else to do. Deacon Chad, sitting near the back, had found her copper-colored hair quite remarkable. Silence had stretched out like the rays of sun that streamed across the wooden floor and the royal blue carpet.

As the rain intensified and she turned the windshield wipers to a faster setting, Dee Anna recalled the stillness of the little church as she had opened her eyes after a minute or two. She had seen tiny dust motes in the sunlight. Why had she noticed? The congregation had been sitting with their heads bowed. The silence was not strained or uncomfortable.

Dee Anna had not known what to do until she stepped from the platform, leaving her sermon notes on the pulpit. Oddly, she was not anxious. She had realized, without really thinking about it, that she felt an unfamiliar mix of both peace and exhilaration.

She had stood by the altar table, aware of the scent of the candle and the flowers blending in a pleasant aroma. Taking a long breath, she had begun to speak, telling briefly of her life and her religious southern family, of her early church attendance, her later doubts, her years of drifting aimlessly, her epiphany in a church at midnight, her grief and despair after she had come to Madison.

She hardly knew what she had spoken, but she knew the words had come easily, effortlessly.

Often when speaking, Dee Anna did not take much notice of individuals. This time, the red headed preacher had found herself looking at the faces of the congregation, and seeing them. Really seeing them: the Whitewaters had sat with hands clasped, Chad in the back with his friends from the coffee break, Jim and Lorene had been near the aisle, and in front of them had sat Lee and Mary. She had seen the Halvorsens, and noted that Brenda was gazing at her with deep concentration. She had seen a few elderly people, middle-aged couples, women sitting alone. Her heart had felt warm and as though it were expanding. She had almost smiled, recalling the scene in “How the Grinch Stole Christmas” when the Grinch’s cartoon heart had expanded three sizes.

In the car, listening to the drumming rain and the slap of the wipers, she did smile, remembering.

She had moved behind the altar table as she spoke of how Jesus Christ had found her when she was not looking for him. She had been oppressed, blind and living in bondage—and the worst part had been that she had frantically convinced herself she was happy and had continued to run from God. She had laughed louder, got drunk more often, and worked harder. She had run and partied and played until she was thin and exhausted. One New Year’s Eve, after an night of bar hopping, she had inexplicably found herself in a downtown Dallas church. She had not been quite sober, but she had sat on the back pew and listened as a priest had conducted a midnight mass.

She had stayed long after everyone was gone, except the priest. He had told her she could remain in the sanctuary as long as she liked, and she had, gazing at a pewter Christ hanging on a pewter cross and shedding silent tears of sorrow and surrender. 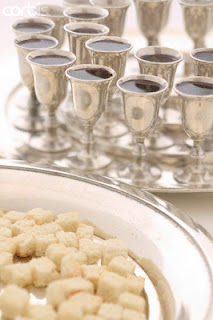 At North Woods Chapel she had removed the white altar cloth as she concluded, “I have a sermon there on the pulpit. But I simply want to tell you, from one who knows, Jesus is waiting for you. He opens his hands to you, and he brings good news of freedom and hope. He loves you, each of you, and he knows how tired you are.”

The elderly organist had moved quietly, somehow anticipating the moment. He played “The Savior is Waiting” and Dee Anna spoke the words aloud, “Time after time he has waited before, and now he is waiting again, to see if you’re willing to open the door, O how he wants to come in…”

She had spoken the words of institution, “The Lord Jesus, on the night in which he was betrayed...took bread...every time you eat this bread, and drink the cup, you proclaim the Lord’s death until he comes.”

Instead of asking the deacons to serve the congregation, she had asked the people to remain seated until they felt ready, and then to come to the Lord’s table where she would give them the body and blood of Christ, broken and shed for them. She had stood quietly watching as the congregation, one by one, partook of the bread and the cup.

The organist had continued to play and many of the people had knelt at the altar rail. The deacons and a few others knelt to pray with some of them. Dee Anna was not fond of “altar calls.” However, she had realized that she had not even given one. She had waited on the front row, feeling a little out of place. "What just happened?" she had wondered. It was some time before Dennis made his way to the pulpit to offer a benediction, but no one seemed to mind.

After church, Tommy Halvorsen had proudly given her a paper sack, announcing, “It’s venison sausage. We make it ourselves.”

The rest of the day had included the obligatory potluck lunch in the church basement, a question and answer period with the congregation, a quick nap back at the empty parsonage and an evening service. Some people had spoken to her; some had not. Some had been friendly; a few had avoided eye contact.

Dee Anna had been amused to realize that the reason the morning service had been so sedate by Pentecostal standards, was that most of the teenagers and several counselors had been away at youth camp. They had entered noisily as lunch had begun. The evening service included guitars, and the drums she had avoided in the morning service. They had sung a chorus they had learned at camp. It was unfamiliar to Dee Anna, “Let it Rain.” She watched as several teens raised their hands as they sang, “Let it rain, let it rain. Open the floodgates of Heaven…”

She had been able, at last, to ask the deacons some questions of her own. She had shared a simple sermon in the evening service, and she had used her notes. The Halvorsens had invited her to spend the night at their home, having already cleaned the spare room in anticipation. Dee Anna had declined, feeling the need to get back to Charlie and Madeline, even though she realized that she would not arrive until it was actually morning. She had used the church phone to check in at home. She was relieved to hear it would be fine if she did not get there till late. The dog was better, Madeline had told her gleefully.

As she drove into the capitol city, traffic lights reflected tiny circles of red and green in the drops on the windshield. The Falcon’s tires splashed through deep puddles at the intersections. Suddenly longing for sleep, Dee Anna stretched her stiff back and sighed as she pulled into her garage and turned off the engine.

Later, curling up under a quilt and closing her eyes, Dee Anna listened to the sound of steady rain on the window. She thought of the young people of North Woods Chapel singing, "Let it rain...open the floodgates of Heaven" and she whispered into the pillow. “Ah Lord, I told you I love Madison. I love Eastside Church. Why did you have to go and mess things up?”
Posted by Dorcas (aka SingingOwl) at 11:02 PM

Catching up with your blog, I just read all of the Little Big Foot posts. Loved em. :)