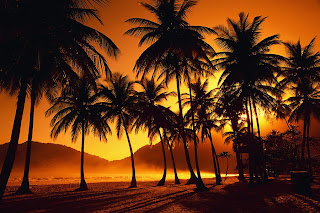 Matthew 2:3-4
King Herod was deeply disturbed when he heard this, as was everyone in Jerusalem. He called a meeting of the leading priests and teachers of religious law and asked, “Where is the Messiah supposed to be born?”

The people of the East had a prophecy given by Balaam (Numbers 24:17), “I shall see him, but not now; I shall behold him, but not nearby; there shall come a Star out of Jacob, and a Scepter shall rise out of Israel..” The wise men evidently knew of the prophecy, so they set off on a long, hard trip to Jerusalem, seeking this new King.
Arriving there, they found Herod the Great. King Herod was an evil and murderous egomaniac who had bought his position. He was not about to tolerate competition. He called the Jewish religious leaders together and asked what their scriptures had to say about where a Messiah would arise. They quoted Micah 5:2, “But you, Bethlehem Ephrathah, though you are little among the thousands of Judah, yet out of you shall come forth to Me the One to be ruler in Israel, whose goings forth have been from of old, from everlasting.”
They knew all about the coming of the Messiah. According to the scripture, the people of the city heard about the question as well. Wouldn’t you think the religious leaders would have whooped for joy, found the wise men and said, “We know where our Messiah was to be born! Could it really be that at long last he has come? Let us ride with you and we’ll show you the way!” Apparently their knowledge of prophecy did not affect their hearts’ expectations.
Are we really looking for the Messiah? We read about the prophecies, the angels, the stable and the manger scene. We go to church and we sing carols about it all, but would we really like to see Him right now? What would you have to change if Jesus showed up at your front door?
Are we, like the wise men, willing to do whatever it takes to find Him? Or are we like those who were content just to know the story? That’s a question that each of us must answer for ourselves. His star still shines for seeking hearts.

Challenge: Spend some time thinking about what would you’d change if Jesus showed up. Then change something.
Posted by Dorcas (aka SingingOwl) at 4:17 AM