Here we are the week after Christmas Day, which brings us to the S in O.A.S.I.S. --Seek. This week we will read about the mysterious visitors from the east who came seeking a king. 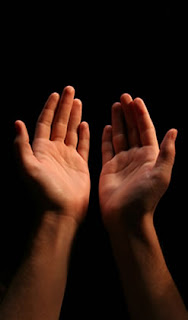 Matthew 2:1-2
Now after Jesus was born in Bethlehem of Judea in the days of Herod the king, behold, wise men from the east came to Jerusalem, saying, "Where is he who has been born king of the Jews? For we saw his star when it rose and have come to worship him."

Today’s scripture passage records that wise men from the east arrived in the city of Jerusalem with an important question. Much could be written and debated about these wise men. First of all, how many were there? Christmas cards never depict a number other than three. They’re consistently drawn as kings. Then there’s that carol we sing: “We Three Kings.”

Some translations call them “magi,” which could mean that they were Zoroastrian priests of ancient Persia, reputed to possess supernatural powers. Perhaps they were Jews, descendents from a time when Jews were forcibly removed from Judah to Babylon. Who knows? The Bible doesn’t give a number or specify whether they were kings, astronomers, or just learned men; it simply states, “…wise men from the East came to Jerusalem.” However many there were and whatever they did, they were wealthy enough to finance an incredible journey and there were enough of them for their arrival to be noticed.

They had been on the road for a long time, probably a year or two. These wise men were experts at studying the stars, and when the new star – whether actually a star or an alignment of several planets – appeared at Jesus’ birth, they were certain that this star proclaimed the birth of royalty.

The question they asked when they arrived in Jerusalem rings with certainty. “Where is He who has been born King of the Jews? For we have seen His star…”

How did they know about this new king, and what did a star have to do with him? We will discover that tomorrow.

Prayer: God Who Gives Wisdom, I ask that I will be like the wise men of old—determined to seek and to find you. Amen
Posted by Dorcas (aka SingingOwl) at 6:05 AM